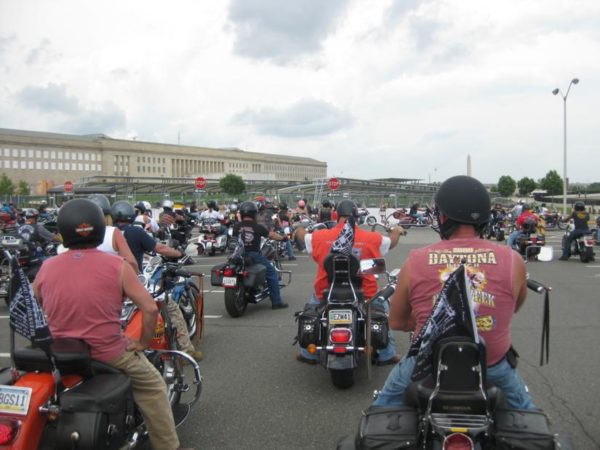 Arlington County schools and government offices will close Monday, May 29 for Memorial Day.

County offices, courts, libraries, human services, the sheriff’s office and commuter stores will all be closed for the holiday. All community centers will be closed, while all parks grounds will be open.

Police will close roads for the annual Rolling Thunder motorcycle rally this weekend. Riders are scheduled to arrive later today at the event’s headquarters at the Hyatt Regency Crystal City.

On Sunday, Arlington and Virginia State Police will close Washington Blvd from 7 a.m. to approximately 4 p.m. from I-395 to the Memorial Bridge. Meanwhile, Arlington National Cemetery will only be accessible from southbound George Washington Memorial Parkway or northbound Route 110.

Police say they expect higher attendance than usual at the rally and other events for Rolling Thunder’s 30th anniversary.