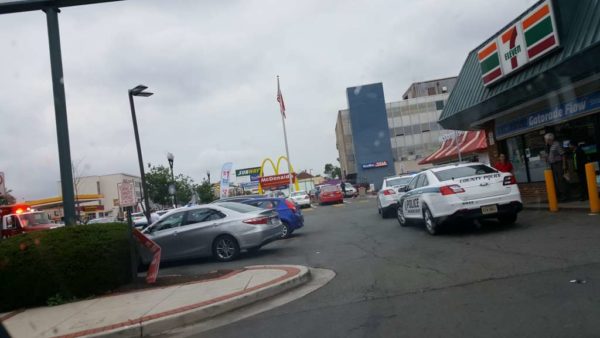 A 27-year-old D.C. man has been arrested and charged with assaulting a police officer after an incident at a McDonald’s on Columbia Pike.

Just after 6 p.m. yesterday (Monday) police responded to the McDonald’s at 3013 Columbia Pike for a report of “a group of disorderly subjects refusing to leave a restaurant, as requested by store management,” according to an Arlington County Police Department crime report.

“As officers were attempting to conduct their investigation and ban the subjects from the property, one subject became combative and shoved an officer resulting in a physical struggle,” the crime report said. “Derrell Taylor, 27, of Washington D.C., was arrested and charged with assault and battery on law enforcement, obstruction of justice, and failure to I.D.”

The incident prompted a large police response to the McDonald’s, alarming some locals, but no serious injuries were reported.

Read more →
More Stories
Cherrydale 7-Eleven to Close At Month’s End, Other Stores Could FollowAsk Eli: Yes, You Should Stage Your Home