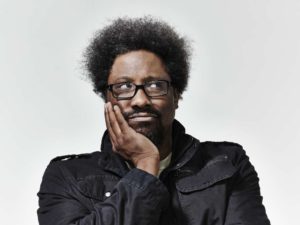 Sociopolitical comedian W. Kamau Bell is coming to the Arlington Cinema Drafthouse for the first time this Friday.

The host of the CNN show “United Shades of America” is known for exploring tough subjects. In two seasons of “United Shades,“ Bell has spent time with members of the Ku Klux Klan and has sat down with Alexandria-based white supremacist Richard Spencer. The show was nominated for a Primetime Emmy award in 2016.

But although he’s been outspoken about his support of social causes, Bell says his comedy act is not about political affiliation.

The comedian believes that too many of America’s issues have been politicized even though those issues exist no matter where someone is from. By poking fun at both sides, he believes he helps erases some of the social divides.

“We think of the north and the south and the west and the Midwest, but every town, every city, every part of this country, there are different things going on,” Bell said. He thinks that once people stop focusing on what makes us different, “we’d realize that we all want more money from our job, we all want better schools for our kids.” 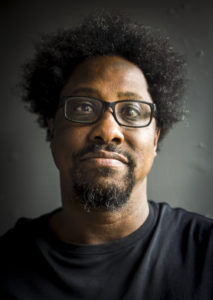 In an especially polarized political climate, Bell thinks that his show can be a place for people to unwind. He says his visits to places with histories of racism often turn out to be the best shows, because the audience members need the break more than anyone else.

The author of the book “The Awkward Thoughts of W. Kamau Bell: Tales of a 6′ 4″, African American, Heterosexual, Cisgender, Left-Leaning, Asthmatic, Black and Proud Blerd, Mama’s Boy, Dad, and Stand-Up Comedian,” released early this month, wants people to leave his show willing to engage with those with different perspectives.

And although it can be uncomfortable, he believes it’s an important learning experience.

“Awkward can often lead to a better place, a smarter place and a more joyful and more informed place,” Bell said. “That’s what I’m encouraging people to do, lean into the awkward.”