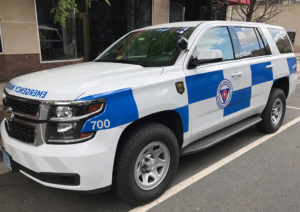 Arlington, home to the Pentagon and other key government and military offices, will receive just over $1.2 million from the Program to Prepare Communities for Complex Coordinated Terrorist Attacks grant program, administered through the Federal Emergency Management Agency.

A total of $35.9 million was allocated nationwide, of which Virginia received $3.8 million.

VDEM will administer the money and coordinate a project to help enhance security and building safety to prepare for, prevent and respond to terrorist attacks. The agency will conduct an analysis alongside local and regional partners like Arlington’s Office of Emergency Management and its police and fire departments, to determine gaps in preparedness. Local first responders then will receive customized training to fill the gaps.

“Given our strategic location as a part of the national capital region, and our wide array of assets, including military infrastructure, we are at risk of experiencing these types of attacks and incidents,” said Gov. Terry McAuliffe (D) in a statement. “FEMA clearly recognized that risk and has awarded Virginia nearly 10 percent of the total funding allocated nationwide to develop programs and capabilities that will enhance public safety across the Commonwealth.”

Spokespeople for Arlington’s police and fire departments had no further details at this stage on how the money will be spent.