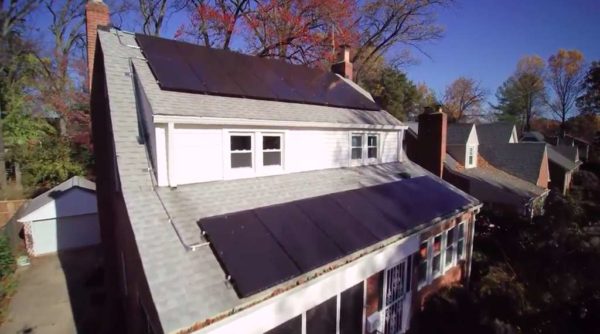 A local co-op formed earlier this year to drive down the cost of home solar installation selected two providers to install the panels.

The 83-member group chose Ashburn-based Independent Solar Solutions and Sigora Solar of Charlottesville earlier this month from 10 firms after an open and competitive bidding process.

A spokesman for the co-op said the two firms were selected because of their competitive pricing, quality components and warranties available.

According to Solar Power Rocks, a firm that provides guidance on solar power for all 50 states and D.C., installing a 5-kW solar panel system on a house in Virginia can cost homeowners just over $18,000. Over the course of 25 years, the firm estimates it will have produced $16,000 in income from energy savings. Co-op members can save up to 20 percent on installation costs as they buy as a group in bulk.

The chosen installers will now develop personalized proposals for each co-op member, who will then review that proposal and decide if the panels are suitable for them. Being a co-op member does not mean a commitment to buying panels. New members are being accepted until October 1 from Arlington, Alexandria and Fairfax County.

“We’re are excited to be working with Greater Arlington residents to help them go solar at a great price” Niko Eckart, owner of Independent Solar Solutions, said in a statement.

“We’re incredibly honored to be part of this co-op and are excited to see the solar momentum build in Northern Virginia,” Jonathan Gellings, a solar analyst at Sigora Solar, added.

The group is partnered with Virginia Solar United Neighborhoods, the Arlington Initiative to Rethink Energy and Arlingtonians for a Clean Environment to help educate and recruit members about going solar. Co-op members can save up to 20 percent off the cost of going solar by doing so in a group.

More than 80 people have already gone solar in similar schemes, and the current cohort said the process of finding providers was helped by working as a group.

“As someone who has considered installing [solar panels] several times over the past few years, I can say with certitude that working through the co-op was far easier than interviewing installers on my own,” said co-op member Jessica Olson in a statement. “The co-op is a great way to make an informed decision on a significant investment. We’re really excited to work with our installer and see how much I can save with my system.”