A soon-to-launch Arlington-based startup called Reyets — pronounced “rights” — is creating a mobile app that people can use when they are in a crisis or if they fear that their rights are being violated.

The company’s founder, Wa’il Ashshowwaf, created Reyets as a way for people to protect themselves in precarious situations such as when getting pulled over while driving or getting kicked off a plane. Ashshowwaf noticed that people often use their phone cameras to record these situations.

“They’re using that [camera] for accountability, to get justice,” Ashshowwaf said.

However, he felt that cameras were just one tool for getting justice and could only be used during the incident.

“You can use [Reyets] before you have an incident, during the incident and after,” Ashshowwaf said. 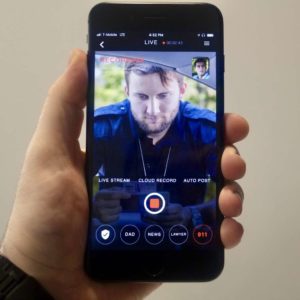 As soon as the Reyets app is open, the user can press the record button, and it begins to record and continues to do so, even on a locked screen. If the person’s phone is snatched, the recording will not be lost as it is saved automatically to the cloud. A recording can also be live streamed from the app.

After an incident, users can write a report about what just happened on the app, then attach the audio, video or picture evidence. That report can then be shared as a secure file with whoever the person asks for help. There is a “Get Help” section of the app, where users can reach out to local lawyers, rights organizations or media outlets.

“The reason that section is important right now is all that information is available but it’s very dispersed on the web,” Ashshowwaf explained. “You’re going to find that each outlet has a different way to contact it – it’s not really centralized.” 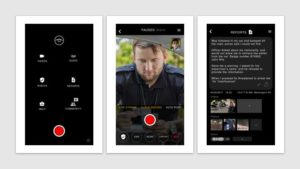 The app also has a section with information on people’s rights. If somebody is in a situation and they are unsure whether or not they are being treated properly, they can open the app and quickly scan their related rights.

The app has both a quick description and a longer description, so that if the user is in a rush, they can get the gist of their rights in one sentence.

There is also a community section on the app, which functions similarly to an online forum, with articles, questions and advice. People can share their experiences on the section and receive feedback on their questions, such as whether or not they should report something. Users can also share videos on the community page.

“Say there’s a protest going on — it’s all about building this community around it,” Ashshowwaf said. 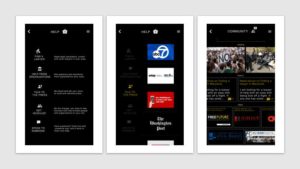 Reyets is seeking several different revenue streams. After the app launches and its user base is established, lawyers will be able to pay to have their firm appear at the top of the “Get Help” section.

In the community section, people can pay to promote their articles, blog posts and other content. Reyets hopes to eventually sell data to municipalities and advocacy organizations.

A portion of Reyets’ profits will go to The Reyets Fund, to help provide legal services, education and advocacy for underserved people, such as immigrants or low-income communities, who have rights violations. 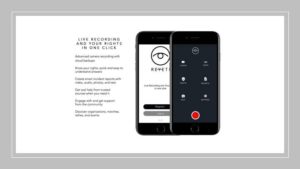 Ashshowwaf sketched out his idea for Reyets on a napkin back in April. Since then, he created the website and did the prototyping for Reyets. While the app is still being developed, Ashshowwaf hopes to launch it in three to four months. Eventually, he wants the app to have versions in different languages, and in other countries.

“I’m hoping that this becomes a brand,” Ashshowwaf  said. “If someone sees a [Reyets] bumper sticker on their car, kind of like if you see an ADT Securities sticker on a house, you know there’s security.”