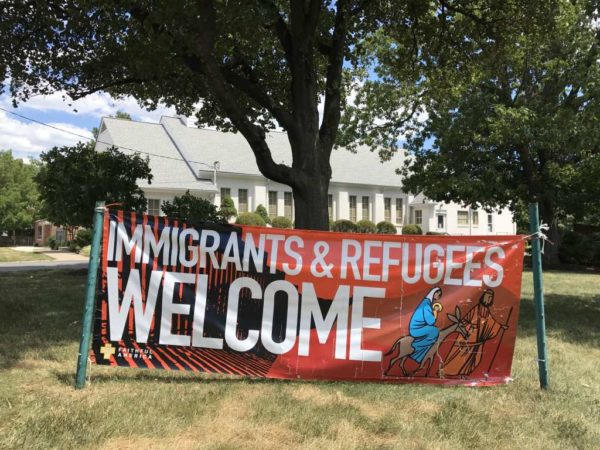 Last-Minute Eclipse Glasses in Crystal City — PBS, which is based in Crystal City, will be giving out the remainder of its supply of eclipse glasses at the Crystal City Water Park this morning at 9 a.m. (Update: They’re all gone.) [Twitter]

W-L Grad Studying Eclipse — Arlington native Adriana Mitchell, a 19-year-old University of Arizona student and Washington-Lee High School graduate, will be studying this afternoon’s eclipse as part of “an unprecedented effort to help solve some of the mysteries surrounding our home star.” [University of Arizona]

Whitlow’s Also Hosting Viewing Party — In addition to the sold-out eclipse viewing party at Don Tito’s in Clarendon, Whitlow’s will be hosting a viewing event at its rooftop tiki bar, featuring “a limited number of eclipse glasses” and half-priced burgers. [Event Calendar]

Petition to Keep W-L Name Gains Support — An alumni petition calling for Washington-Lee High School to keep its name as-is, despite a push to remove Robert E. Lee’s last name and a School Board effort to consider name changes, has collected more than 700 signatures. “Washington-Lee has been part of the lives of Arlington school children since the 1920’s and has been one of the top high schools in the country throughout its existence,” the petition says. “To change the name of the school now is not reflective of W-L spirit nor W-L pride.” [Get Petition]

Wardian Still Good at Running, Humaning — Arlington’s own Michael Wardian is not only keeping up his impossible, superhuman distance running schedule, at the age of 43, but he’s also continuing to be a really nice guy in the process. [DelmarvaNow]

END_OF_DOCUMENT_TOKEN_TO_BE_REPLACED

More Stories
No Time or Place to Wash Your Car? WashMyCar Brings the Car Wash to YouPresident Trump to Visit Fort Myer Tonight