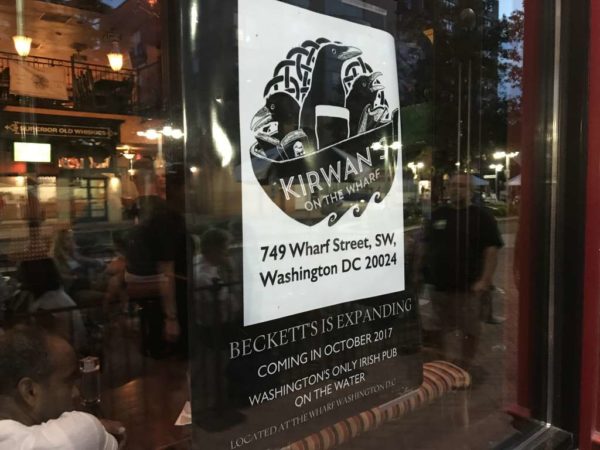 Shirlington’s Samuel Beckett’s is expanding across the river with a new Irish pub at the District Wharf development in D.C.

Kirwan’s on the Wharf is expected to open in October, when the first phase of the massive, restaurant-filled waterfront development is set to hold its grand opening.

The new bar, from Beckett’s Irish-born owner Mark Kirwan, is reported to have seating for 235 indoors and outside. It will feature “live Irish music and genuine décor” while touting itself as “Washington’s only Irish pub on the water.”