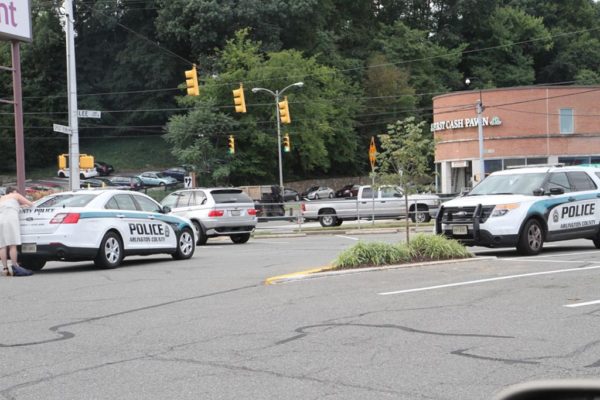 (Updated at 5:30 p.m.) Arlington County Police are investigating an indecent exposure incident that happened in a rideshare vehicle Thursday morning.

A man exposed himself and masturbated during the “pool” ride, in view of a female passenger, around 9 a.m., according to an ACPD crime report. It was not immediately clear with which ride-hailing service the vehicle was associated; scanner traffic referred to it as both an Uber and a Lyft ride.

The driver stopped near the intersection of Lee Highway and Spout Run Parkway, and police were called, after the female passenger witnessed the suspect in the act. After the ride stopped the male passenger then got out of the car and fled the scene, police say.

The suspect is described as an Asian man “in his mid-20’s, with a partially grown out buzz cut, wearing a black t-shirt, dark blue shorts, with a black backpack.” Police searched the area but were unable to find him.

“The investigation is ongoing,” police said.