In June, the Brewers Association announced a seal that craft breweries could use to identify themselves as “independent.” The seal is a way for craft breweries who do not have the distribution power of big beer to differentiate themselves.

In the wake of craft brewery purchases by international beer companies like Anheuser-Busch InBev (ABI) and Heineken, it is apparent that distributors and consumers might be a bit confused about who is being mass produced and who is still a local or regional — or even national — craft brewery. 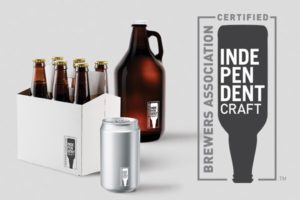 An upside-down bottle with the words “Certified Independent Craft” comprises the seal, and is intended for use on everything from windows to packaging. Not restricted to members of the Brewers Association, they require only that you be a commercial brewery and that you meet their requirements for being a craft brewery.

The idea is to draw a bright line between those breweries that appear to be independent, but are part of a larger corporation, and those that have retained their independence. 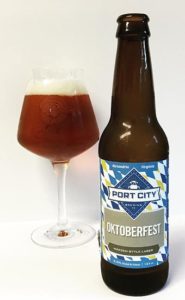 While the seal has spawned a strong reaction in the form of a defensive video from ABI’s High End and a parody video that followed on Facebook, it appears to be gathering steam.

Since June, more than 2,000 of the 5,000 craft breweries in the U.S. have signed on to the program. Though the Brewers Association hasn’t published a list of participating breweries, an informal survey of local and nearby breweries includes Port City Brewing Company, Solace Brewing Company, Black Hoof Brewing Company and Dogfish Head Craft Brewery.

Here’s my big question to you: Will this seal help you choose beer in the future?