Just eight months after its launch, cybersecurity firm BluVector marked the latest phase of its growth by cutting the ribbon on its new Ballston office last week.

Now with around 70 employees in Arlington’s unofficial “cyber corridor,” BluVector built an early-warning system to detect network hacks electronically. The software monitors the network, analyzes data for threats and responds to hacks by creating a profile of a threat then responds automatically.

“We live in an age where cyberattacks on our critical infrastructure are a real threat,” McAuliffe said in a statement. “But we are proud to have Virginia-based companies like BluVector leading the way to detect – and confront – evolving threats with technological solutions that can be applied here, nationally, and even around the world.” 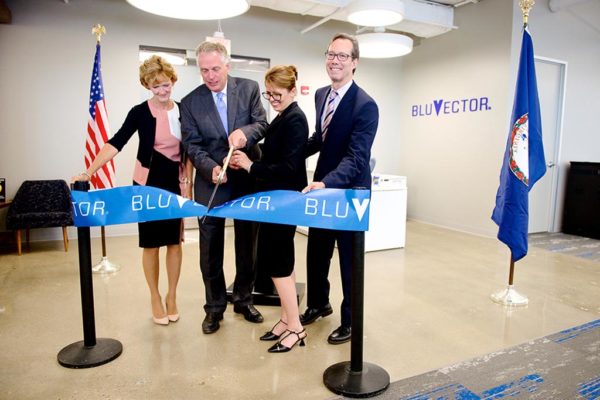 Lovejoy said those threats have evolved from the early days of the internet, when hackers would look to steal data and then sell it on the black market to make money in economically deprived parts of the world like Eastern Europe. Now, she said, hackers are motivated by what she described as “social and political reasons.” 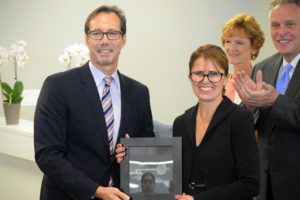 But Lovejoy said BluVector’s position in Arlington’s so-called “cyber corridor” should help it continue to recruit talented people. She said the combination of the county being a desirable place to live, its location close to many colleges and universities and the fact that people leave defense and intelligence jobs at the Pentagon and wish to transition into the private sector make it a perfect place to be in cybersecurity.

“We do the best we can, and we think we’ve done a good job creating a cyber corridor here,” Fisette said.

Already, BluVector is looking to expand to Japan and South Korea as well as parts of Europe. Lovejoy said the company will also continue to grow in North America, having had the Virginia Information Technologies Agency as one of its first clients. VITA provides IT services to other state agencies, including cybersecurity.

“It has been a great opportunity for us,” Jackson said. “Government doesn’t have many opportunities to be innovative and creative, but this just works.” 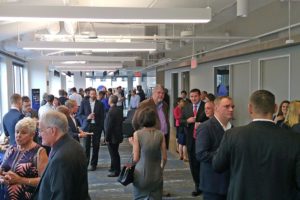 And in the company’s expansive, open-plan office with views of the Ballston skyline and beyond, Lovejoy said BluVector is in the perfect place to keep growing.

“There’s not a lot of hierarchy here. There’s military hierarchy, but it’s hierarchy for a purpose,” she said. “We live those values, and I think this office physically manifests what we’re all about. This is about people making a difference. We have a mission and we’re going to succeed in that mission in an area that’s family-friendly, that’s accessible to education, that’s highly cerebral, is motivated by purpose.”