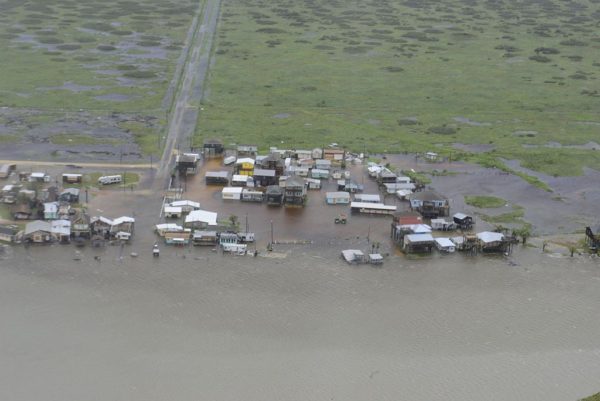 The recent spate of major hurricanes making landfall in the U.S. has raised the possibility of flood-damaged vehicles making their way up to the local used car market, Virginia officials warn.

Hundreds of thousands of vehicles are thought to have been damaged by hurricane-related flooding. That has prompted warnings from Virginia’s Department of Motor Vehicles and attorney general.

Although Virginia state law requires owners to report water damage when selling their vehicle, not everyone does. The AG and DMV have released guidelines of what to watch for when purchasing a used vehicle.

Their full statement is below.

RICHMOND (October 3, 2017) – Attorney General Mark R. Herring and the Virginia Department of Motor Vehicles (DMV) are urging customers in the market for a new or used car to be on the lookout for vehicles with water damage in the wake of massive flooding caused by a recent onslaught of hurricanes that has damaged or destroyed countless vehicles.

“All Virginians purchasing a used car directly from another individual should have the vehicle inspected by a mechanic, but that advice is even more pertinent in the wake of massive flooding when the risk of purchasing a water-damaged car increases,” said Attorney General Mark Herring. “Virginians need to be on the lookout for signs of water damage when purchasing a vehicle, and should always trust their instincts – if something seems too good to be true, it probably is.”

“Nearly one-out-of-three car sales occurs directly between individuals,” DMV Commissioner Richard D. Holcomb said. “The dangers of water-damaged cars can be hidden. Aside from mold and rust, electrical systems could erode and fail over time. Computer sensors could be damaged and safety protections like air bags could fail in a crash.”

State law requires water damage to be reported on a vehicle’s title; however, dishonest sellers can find ways to circumvent these requirements, putting buyers at risk. If a vehicle is branded as non-repairable, the vehicle cannot be titled in Virginia, but a non-repairable car could be titled in another state. If a Virginian purchases that car and tries to title it in Virginia, the vehicle’s history would show it as non-repairable and the customer couldn’t obtain a title.

Virginia Code § 46.2-624 requires insurance companies to report to DMV when they have paid a claim of $3,500 or more on a vehicle due to water damage. Insurers are required to notify DMV of such water damage, even if the owner intends to continue driving the vehicle.

While there is no sure method to test for vehicle flood damage, here are several inspection tips that may help detect significant water damage:

While these inspection suggestions will not detect flood damage in every case, they do provide some information to protect consumers from purchasing a vehicle damaged by floodwaters. If you are purchasing a used vehicle, always consider having it inspected by a mechanic.