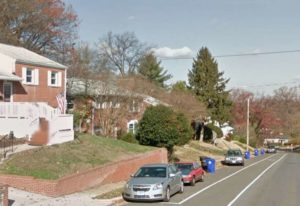 A man seen peeping into a home in the Madison Manor neighborhood fled the scene after being confronted by a passerby.

PEEPING, 2017-10040316, 900 block of McKinley Road. At approximately 9:08 p.m. on October 4, police responded to the report of a peeping. Upon arrival, it was determined that a witness observed an unknown male suspect peering into a residential window. When confronted by the witness, the suspect fled the area on foot. A canvas of the area by the responding officer was negative. The suspect is described as a white male between the ages of 18-25 with a thin build. He was wearing red shorts, a black tank top and a black baseball hat the time of the incident. The investigation is ongoing.