The 5-year budget forecast projects ballooning deficits in the out years.

Past Practices and Policies

Based on past County Board actions and policies, the County Manager historically has allocated the majority of any close-out surplus either to a spending category or, if needed, to keep the County’s reserves at the current required minimum (5 percent of operating expenditures).

The Manager also typically has identified a small remaining portion of the surplus (the available balance) that has not yet been allocated to any purpose. Over a seven-year period, this unallocated surplus has ranged from $36.1 million (FY 2012) to $11.1 million (FY 2017). Every penny of surplus revenue exceeding the dedicated 5 percent minimum operating reserve gets allocated to spending.

Last week, I posed this question:

Does County government commit or earmark too much surplus revenue for spending rather than beefing up reserves or offsetting tax or fee increases?

The answer is: yes. Therefore, the County Board should act this November to change or clarify the County’s policies regarding both allocated (particularly the “assigned” or earmarked portion) and unallocated close-out surplus funds. This transition might take more than one year because organizations and individuals have planned based on the County’s current seriously-flawed approach.

Because the County holds a large balance of earmarked/assigned funds in its GF Fund Balance ($51,946,981 million in FY2016), it has argued that it has sufficient flexibility, and doesn’t need more than a 5 percent operating reserve.

The credit/bond rating agencies (Fitch, S&P and Moody’s), however, view this earmarked money as being of questionable availability to pay debts. So, they recommend that the County raise its dedicated operating reserve toward 10 percent.

In 2016, the Civic Federation passed a resolution asking the County Board to use a “fair and reasonable” portion of the close-out surplus to offset tax increases.

Why? Because the cumulative impact of successive real estate tax increases (a combination of assessment and/or tax-rate increases) has become burdensome for many County residents and businesses, as The Washington Post has documented: 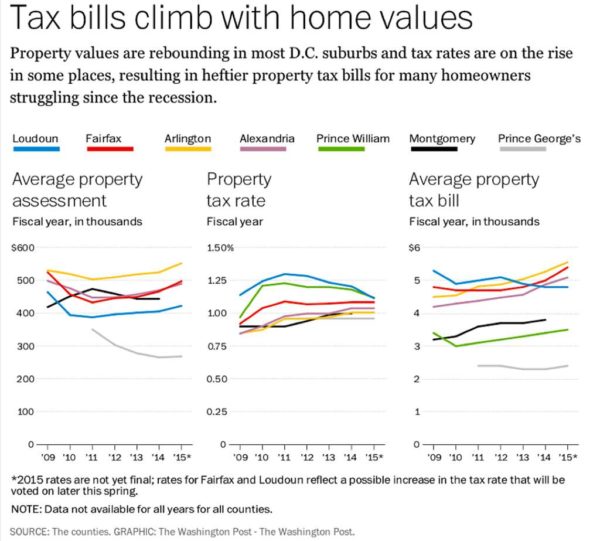 These cumulative increases — assessment or tax rate, or both — make housing less affordable for all Arlingtonians, and render our expensive commercial office space less competitive (as tax increases are passed along to tenants by property owners).

The County Board should act this November to change or clarify Arlington County’s current seriously-flawed approach to allocating close-out surplus funds. This is a major issue that extends far beyond the unallocated surplus (this year: $11.1 million).

Whether the County Board chooses to lessen the impact of tax increases in the upcoming fiscal year, add to dedicated reserves or simply stash the cash in a flexible “unassigned” category, Arlington County’s current approach of spending or earmarking every penny of surplus revenue isn’t in our community’s best interests.

The current “budget roundtables” could be strengthened substantially if the public were offered a manageable number of choices, each of which would eliminate the ballooning five-year deficits forecast by the Manager.

Read more →
More Stories
Blind Triplets Make History With Eagle Scout RecognitionsVideo: This Is What It’s Like to Skydive Over Arlington