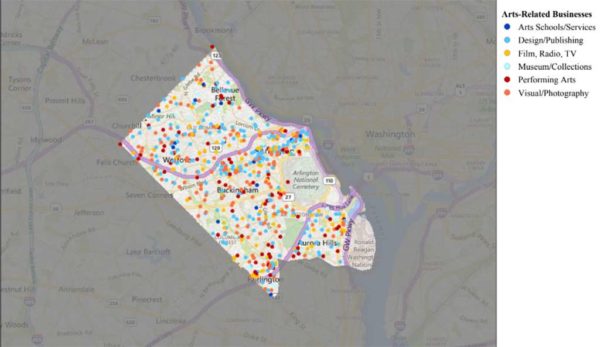 A recent report by a national nonprofit found that more than 6,000 people are employed by more than 600 businesses and organizations that support the arts in Arlington County.

In a report prepared by Americans For The Arts entitled, “The Creative Industries: Business & Employment,” 658 arts-related businesses were found to employ 6,124 people. Those arts-related businesses are defined as arts schools/services; design/publishing; film, radio and television; museum/collections; performing arts; and visual/photography.

The creative industries account for 5.1 percent of the total number of businesses located in Arlington County and 3 percent of the people they employ, according to the report.

“Arts businesses and the creative people they employ stimulate innovation, strengthen America’s competitiveness in the global marketplace, and play an important role in building and sustaining economic vibrancy,” the report reads. “In a global economy, the creative industries are durable and enduring local employers.”

The report’s findings brought praise from local group Embracing Arlington Arts, a citizen group that focuses on informing others about the importance of art in the Arlington community.

Chair Janet Kopenhaver said arts’ support of the economy goes beyond those directly employed in the creative industries, and contributes a great deal.

“When considering that, according to another economic study, over $18 million of economic activity in Arlington is derived from audience expenditures associated with arts events, including eating at restaurants, parking, ticket sales and other purchases made during their night out, these industries economically contribute so much to our county,” Kopenhaver said in a statement. 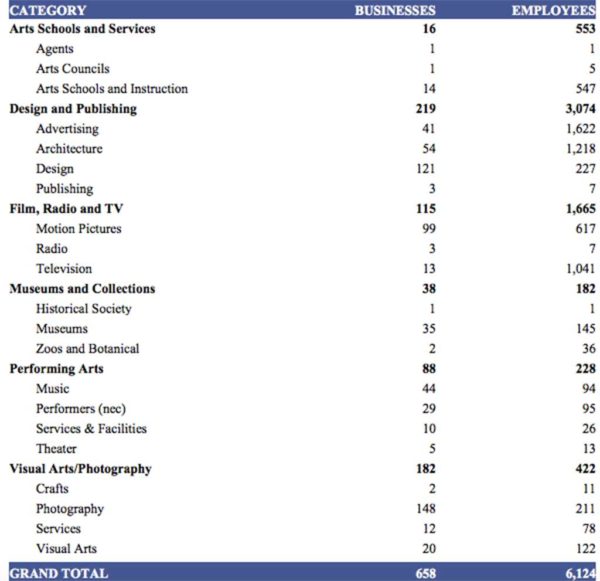 Images via Americans for the Arts.