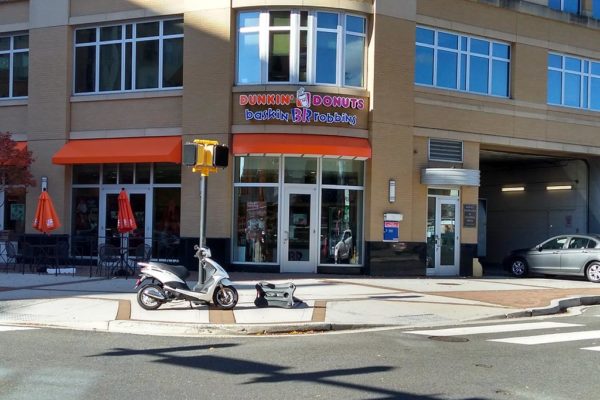 Arlington County Police are investigating the death of a man at the new Dunkin Donuts in Clarendon.

Police say they were called to the store on the 3000 block of Clarendon Blvd around 9:35 p.m. Tuesday. Upon arriving on scene, officers found a 38-year-old man in medical distress.

The man was transported to Virginia Hospital Center and pronounced dead, said ACPD spokeswoman Ashley Savage. The deceased individual was not an employee, according to Savage.

“The Arlington County Police Department is conducting an active death investigation and cause of death will be determined by the Office of the Chief Medical Examiner,” Savage wrote. “This appears to be an isolated incident and the investigation has not revealed any ongoing threat to the community.”

Police have released few details about what happened. The store was open and serving customers as normal Wednesday morning.