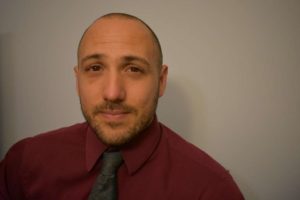 Although Virginia’s gubernatorial race was filled with contentious disagreement, there were a few subjects where the candidates saw eye-to-eye.

One such subject was Virginia’s felony larceny threshold. Both Governor-Elect Ralph Northam and Republican gubernatorial nominee Ed Gillespie agreed: Virginia’s current threshold of $200 is far too low, counter to a productive society and effective criminal justice system, and morally repugnant.

Virginia Code § 18.2-95 defines the theft of anything valued $200 or more as grand larceny — a felony. Anything less constitutes petit larceny, a misdemeanor. This threshold hasn’t been altered since 1980 and remains tied for the nation’s lowest. Accounting for inflation, $200 in 1980 is tantamount to nearly $600 today.

Punishment for grand larceny in Virginia includes either 1) a minimum of a year in state prison or 2) up to twelve months in jail and/or a fine up to $2,500.

Those convicted of grand larceny also face, as ex-offenders, barriers to housing, healthcare, and employment. In Virginia, felons are prohibited from voting, jury duty, running for office, and firearm ownership.

Denying individuals such civic and economic participation not only has moral implications, but also negatively affects our economy and society. People who could be productive, contributing members of society are instead ostracized and pushed back into the costly criminal justice system.

This doesn’t just pertain to adults: with larceny being the top category for 2017 juvenile arrests in Virginia, it’s no surprise our Commonwealth leads the nation in the “school-to-prison pipeline,” with juveniles referred into the criminal justice system at three times the national average.

Furthermore, can we honestly say that $200 today is a large enough sum of money to warrant punishment from which it is very hard to rebuild a productive life?

We regularly adjust other monetary legal thresholds in accordance with inflation, such as lobbyist contribution reporting laws for political committees or auditing laws for organizations doing business with the federal government.

If large corporations and politicians regularly benefit from reasonable adjustments to legal monetary thresholds, why shouldn’t this apply to a confused youth caught shoplifting a pair of Beats headphones?

Opponents of raising the threshold, like the National Retail Federation (NRT), argue that such action would increase shoplifting and other theft. But there is an abundance of facts that say otherwise.

The most extensive data on this subject comes from a 2016 Pew Charitable Trusts study on 28 states that raised their felony larceny thresholds between 2001 and 2011.

However, Proposition 47 was a comprehensive criminal justice reform bill that did much more than simply raise the larceny threshold. Also, it has only been in effect for about two years, leading the Center on Juvenile and Criminal Justice to say “it is too early to conclusively determine whether or not Prop 47 has had an impact on crime.”

NRT also cites unscientific information from its annual survey on organized retail crime (ORC) to argue that retail crime is on the rise. But this survey draws from an extremely limited and unrepresentative sample size and puts retailers’ perceptions ahead of hard data.

For example, the survey claims “100 percent of retailers surveyed believe they have been a victim of ORC in the past 12 months” without actual data supporting this belief. In fact, most of the reliable data available on these subjects clearly contradicts such claims.

Despite the overwhelming data, people may still have concerns. Thankfully, the Virginia State Crime Commission presents a compromise — raise the felony larceny threshold but create two types of petit larceny.

Larceny up to $200 would still constitute petit larceny with the current penalties. Larceny between $200 and the new monetary threshold would constitute “Aggravated Petit Larceny,” a Class 1 misdemeanor with heavier penalties.

Whether Virginia raises its felony larceny threshold to $500, $1,000, or more, one thing is clear: the current threshold is too low and there is bipartisan support to raise it reasonably. Let’s make it happen.

Bill Rice is co-chair of the Arlington Young Democrats’ Justice and Immigration Caucus. He serves as a volunteer in the Arlington community and has worked on a number of political campaigns. He currently works as a government contractor. He has previously written about Virginia’s felony larceny threshold for the Richmond Public Interest Law Review.

END_OF_DOCUMENT_TOKEN_TO_BE_REPLACED

More Stories
TRAFFIC ALERT: Vehicle Fire on I-66 Closes Rosslyn TunnelThe Right Note: Do We Need to Borrow Another $60 Million?