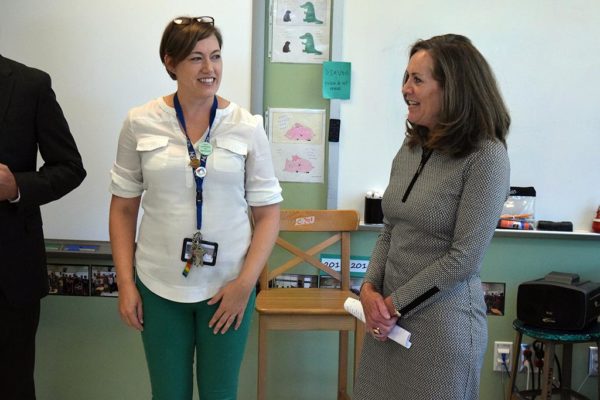 Ahead of its move to Rosslyn, the company will announce its support for the No Kid Hungry campaign on Friday, December 15, a spokeswoman said.

Nestle’s USA CFO Steve Presley will announce the company’s support for the initiative alongside McAuliffe, who is described by the spokeswoman as a “longtime advocate of fighting childhood hunger.” The event is scheduled to take place from 8:20-9:40 a.m. at the school in the Arlington Ridge neighborhood near Crystal City.

The public-private initiative aims to end child hunger in America by ensuring children have access to healthy food where they live and where they learn.

“Oakridge Elementary has implemented a breakfast program in partnership with No Kid Hungry that aims to provide children with a healthy, nutritious start to their day,” the spokeswoman said.

An Arlington Public Schools spokesman confirmed the visit, and said McAuliffe will show the officials from Nestle “how the school serves breakfast.”