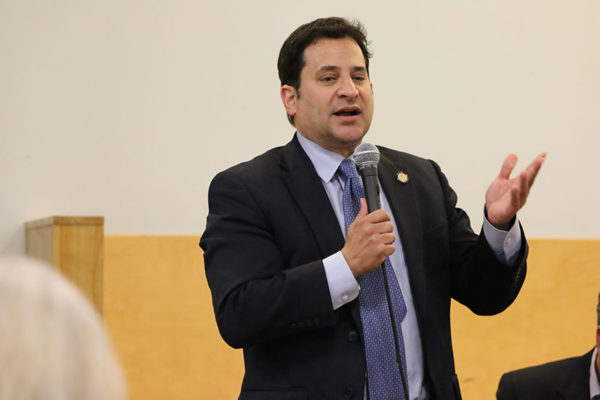 Del. Mark Levine (D) will re-introduce a bill to the Virginia House of Delegates designed to give jurisdictions the ability to set an alternative minimum wage.

The bill, HB 39 in the 2018 legislative session that starts in early January, would allow local jurisdictions to set an alternative minimum wage, different from the state minimum of $7.25 an hour.

It would mean that jurisdictions in higher cost-of-living areas like Arlington County could impose a higher alternative minimum wage if local lawmakers vote to do so. The bill would set a maximum minimum wage, which could change every year depending on the cost of goods and services in the federal Consumer Price Index.

When Levine introduced the measure for the first time in 2016 as a freshman legislator, he told the Alexandria Times that he hoped for bipartisan support as it pushes control back to local government, rather than the state.

“My hope is that my bill is local control, a conservative value, the idea that localities would be in charge,” Levine said at the time. “It allows each locality the ability to raise the minimum wage to what their representatives want. It’s complete local control.”

The 2016 iteration was tabled on a party-line vote by a Republican-controlled subcommittee of the House Commerce and Labor Committee.

END_OF_DOCUMENT_TOKEN_TO_BE_REPLACED

More Stories
Ask Eli: Should You Re-List In The Spring?Va. Bill Would Require Drivers to Stop for Pedestrians