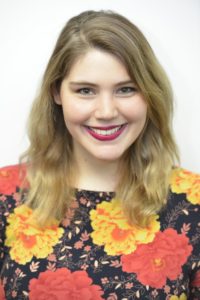 The Women’s March in Washington and around the country on January 21, 2017, became the largest single-day protest in U.S. history. Those of us who marched that day can clearly recall the feelings of unity, drive and purpose. We came in buses, fresh off of planes, on foot, by car and by Metro. We waited in hours long traffic, some never even making it into the city, but we didn’t care.

Wherever we were, we made sure our message was heard. From the bleakness that was the early morning hours of November 9, 2016, this march became a ray of hope — a focused effort and rallying cry that my sisters and I could stand behind and announce that we would no longer accept the status quo. We would not be silenced.

Due to our proximity to the Nation’s Capital, the Virginia chapter of the women’s march quickly became a focal point for marchers from across the country. As the State Outreach Coordinator for the 2017 march, my goal was to mobilize Virginians — and all who came through our state — with grassroots level activism.

Volunteers from across the Commonwealth coordinated to distribute flyers, fundraise and welcome marchers into their homes. We helped visitors buy Metro cards and navigate our transit system. In doing so, we helped give rise to the record numbers attending the women’s march. At the pre-march rally at the National Carousel, hundreds of Virginians gathered to listen to several of our states elected officials speak. Our blue wave was only just beginning.

Heading into mid-2017, Virginia quickly became the national focus as one of only two states holding gubernatorial off-year elections. Virginia has been a competitively purple state for years; all eyes were on us. We did not disappoint. Virginians elected more women than ever and the most diverse class of state representatives in our history.

The collective actions by women, male allies and most especially by the African American, Latinx and Asian American communities, led Democrats to a resounding victory at the ballot box. Although we made historic gains in 2017, our work has just started.

On January 21, the anniversary of the 2017 Women’s March, people will gather for Power to the Polls in Las Vegas and around the country as part of a weekend of action to advance peaceful and positive progress in communities across the country. Our goal is to ensure that women and allies persist in critical civic engagement work. The past year featured historic numbers of women engaging in the political process. It is vital that women continue to take an active role in 2018 and future elections. A government that is of the people and by the people needs to look like the people it represents.

Locally, many of us will be participating in the Women’s March on Washington 2018 — March To The Polls on January 20. This year’s Women’s March on Washington is sponsored by March Forward Virginia. Comprised of the group of advocates who worked in Virginia for the 2017 Women’s March, we’ve banded together again to continue the movement. Our focus is to empower women to run for office, to learn and take action on the policies that affect our daily lives and to strengthen the progressive work already being done in our communities to register voters and encourage civic engagement.

If last year’s march was the rallying cry, this year brings the full weight of the movement forward to the polls!

Emily Patton is the Press Chair for the Women’s March on Washington 2018. She is a recent graduate of the Virginia Progressive Leadership Project, sits on the Board of NARAL Pro-Choice Virginia and is an active Democratic community organizer.