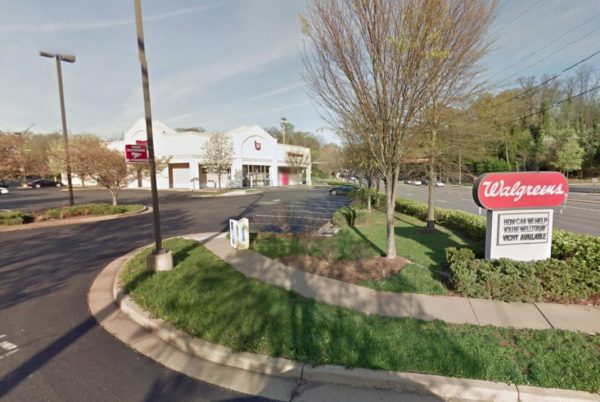 Two men broke into a Lee Highway pharmacy and stole an unspecified quantity of prescription drugs, according to police.

The burglary was reported early Monday morning at the Walgreens at 3130 Lee Highway. The store was closed for a period of time while police investigated, a tipster told ARLnow.com.