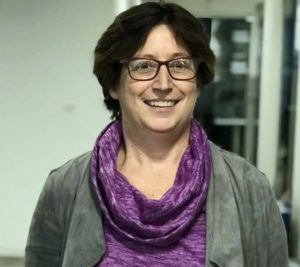 As Arlington County updates our community development plans, the arts need to be emphasized and explicitly promoted in these discussions because of the positive impact they have on the economy and the people of our County.

Non-profit art groups spend more than $170 million on operational expenses in Arlington County, which in turn generates tax revenue. Last year, arts audiences also spent more than $18 million above the cost of admission for such things as parking, meals, and local ground transportation in the County.

The arts go beyond this impressive economic impact, however, to also play an integral role in helping people. The arts do so by providing therapeutic support for veterans and residents with physical and mental challenges, for example, and also offering inspiration to and support for students.

A positive contribution of the arts is in helping veterans cope with depression, bipolar disorders, schizophrenia and post-traumatic stress disorder (PTSD). One combat medic who served in Vietnam was having difficulty emotionally after he came home to Arlington. After attending several art therapy classes and through working on paintings and collages, he was able to slowly deal with his PTSD.

“I could express the locked-in things that I was afraid to talk about,” he said.

Numerous studies show that art therapy helps veterans like him who are suffering PTSD, especially those who are having trouble talking about their combat experience.

One Arlington resident noted, “My state of mind is vastly improved.” Another wrote, “It benefits my mood and physical capability.”

Finally, an Arlingtonian declares there are “social, physical and emotional benefits” from the dance workouts. A National Institutes of Health report reinforces these observations with the finding that individuals with Parkinson’s demonstrated significant improvements in balance after taking dance classes.

Older people can help themselves keep their brains engaged by incorporating the arts into their daily lives. The Educational Theatre Company conducts weekly theatre workshops for older adults.

One Arlington resident summed up how it has impacted her, “Classes are very stimulating. They open up all sorts of avenues for thought.” According to the Alzheimer’s Association, “Creative arts programs benefit persons with dementia and their caregivers in a number of important ways, including non-verbal means of communicating.”

Studies show a strong correlation between students whose education includes the arts and higher GPAs and standardized test scores, and lower dropout rates. Furthermore, students with four years of arts or music in high school average 100 points better on their SAT scores than students with one half-year or less.

Finally, Arlington children with disabilities benefit from the Arlington Artists Alliance Community Artists Mentoring Program. One parent of a son with autism spectrum disorder stated that “…many times when my son comes home after school, he does not want to do anything. He wants to just be in his room, do his drawing and go anywhere.”

She added, “But on Wednesday mornings he’s happier when he gets up and he always wants to come here [the Alliance].”

Art therapy is especially effective with treating autism (which affects verbal expression and social skills) because it offers a method of communication without words.

The examples provided here illustrate just a few of the many ways that the arts positively impact Arlington residents and businesses. It behooves us to include the arts when planning our community’s development, for the arts enrich our economy while enriching our lives.

Janet Kopenhaver is the Founder of Embracing Arlington Arts – a citizens group whose mission is to inform others about the importance of arts, artists and arts organizations in our community; celebrate the critical contributions the arts make to all sectors of Arlington County; spearhead initiatives that maintain and grow the County’s cultural identity; and spread the word about the diverse performance and cultural events held in Arlington.