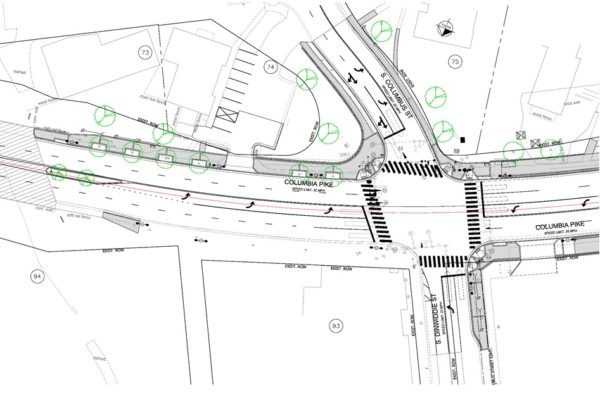 The gas main relocation on Columbia Pike — between Four Mile Run and the Arlington/Fairfax line — is expected to be completed later this month, ending the pre-construction phase of the utility undergrounding that began in 2017. Northern Pipeline, Washington Gas’ contractor for the project, will coordinate with customers to change service over to the new gas mainline.

Drivers should expect traffic disruptions, lane closures, and possible left turn restrictions on Arlington’s western end of the Pike for the duration of the construction. This phase of the undergrounding project is expected to take three years to construct.

A DES press release stated that the work was intended to “make Columbia Pike a safer, more accessible route for all users.”

An outdoor sculpture by Chicago-born Donald Lipski will be installed by Arlington’s Western Gateway, near Columbia Pike and South Jefferson Street, marking the entrance to Arlington from Fairfax County. Residents interested in email updates regarding the projects can sign up on the county’s project and planning website.