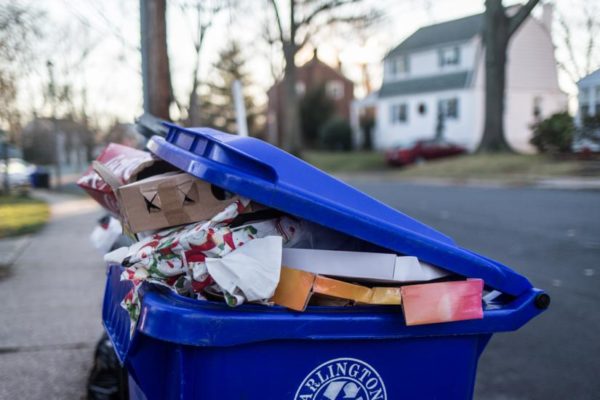 Arlington’s recycling rate rose to 48.5% in 2017, up slightly from 2016. The county credits the rise to its implementation of year-round, weekly curbside yard waste collection for homes and duplexes.

The recycling rate was 46.8% in 2016 and 44.5% in 2015, the year that year-round collection was unanimously approved by the County Board. The project was expected to divert up to 9,000 tons of compostable materials from regular trash collection. It came with a $47 per-year price tag for Arlington homeowners.

Arlington’s 2016 recycling rate was well above the Environmental Protection Agency’s 2014 national estimate of 34.6%.

The amount of yard waste that was thrown in the trash plummeted from 26% to 5%, according to the 2017 Arlington County Annual Report.

An Arlington County Board recommendation cited a September 2015 survey which found that 70% of single-family home Arlington residents believed that increasing the county’s recycling rate was important. There were 4,283 survey participants. The survey also asked whether or not those residents supported year-round yard waste collection despite the additional cost, to which 60% indicated that they did support the initiative.

In 2017, Virginia’s Dept. of Environmental Quality awarded Arlington a bronze medal for the year-round yard waste collection as part of the governor’s environmental excellence awards.