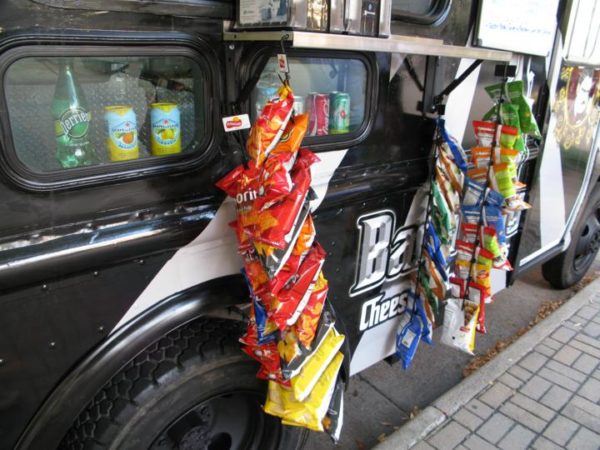 However, county officials say there were several outreach efforts once commercial hood suppression systems became mandatory in mobile food units on November 6, 2016, according to both Kim Brunette, an environmental health supervisor with the county public health protection bureau and Ben O’Bryant, an Arlington County Fire Department Fire/EMS Captain and spokesman.

The outreach efforts included “soft inspections” to local mobile food units, more commonly called food trucks, to check in with business owners with safety compliance without taking punitive measures, according to the county.

In the two years prior (2015-2016), the fire department participated in “soft” non-punitive inspections as a combined effort with Public Health during the annual license renewal inspection period.    These safety inspections were intended to help educate MFU operators on the 2012 SFPC requirements.  Informational flyers were provided to MFU operators based on National Fire Protection Association (NFPA) standards and SFPC requirements.  This information was also posted on the fire department’s public website.

Enforcement of the code requirements began during the July 2017 licensing period.  We continue to work collaboratively with Public Health, performing joint annual inspections to provide the most efficient and convenient service for MFU operators.

Arlington County only lists online the inspections records for currently licensed, operational food trucks, so inspection records for Bada Bing are no longer on the website.

An Arlington County Police Department spokeswoman said that any parking violation citations for area food trucks would be lumped in reports with other commercial and passenger vehicles, but that there wasn’t a record of a criminal report filed detailing accusations similar to the Nicholas Terzella’s accusation that Loopy’s owner tried selling a parking space.

To our customers. We can’t put into words how much joy these last eight years of serving you has given us. Though I have…

A man who answered the listed phone number for Bada Bing food truck hung up after an ARLnow.com reporter called for comment. Three voicemails left for a number listed for Loopy’s Eatery, with a voicemail box identified as belonging to a man named Tex, went unanswered.