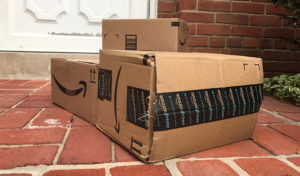 Arlington Republicans are calling for greater transparency with regards to the county’s bid for Amazon’s second headquarters.

Jim Presswood, Chair of the Arlington GOP, issued a statement Wednesday calling for the county to release “the basic framework” of its offer, arguing that “backroom deals are not the Arlington Way.”

Arlington County needs to let its citizens know what kind of deal they are offering Amazon to lure the company’s new headquarters to our county. Its discussions with Amazon have been behind closed doors and without public input. While we appreciate Arlington County Board Chair Katie Cristol promising transparency, it’s time for the County to make public at least the basic framework of what it is offering. Backroom deals are not the Arlington Way.

While an Amazon headquarters would bring benefits to Arlington and the region, Arlington citizens deserve to know the cost before any deal is struck. Arlington is under great budgetary pressure from increasing school capacity needs and a broken Metro. The citizens are entitled to know if the County is offering subsidies that will ultimately result in a bill being handed to Arlington taxpayers. Creating an attractive environment for businesses and residents is a far more fair and fiscally sound approach to bring jobs to Arlington than offering sweetheart deals to specific firms.

Update at 7:40 p.m. — Katie Cristol has responded via Twitter.

Admire your media savvy, @matthewhurtt, even if it involves significant mischaracterizations of my comments. Arl’s signed an NDA with the Commonwealth, as I’ve stated, but if we win, any deal goes to public vote (with plenty of opportunity for public comment) in order to execute. https://t.co/5DcnFLUMCh

There’s no formal Board action if we lose, but I will work with Manager and Economic Development team to share details of what was in the proposal. (Spoiler alert: MANY pages describing Arlington’s talented workforce, transit-rich commercial areas and excellent schools).