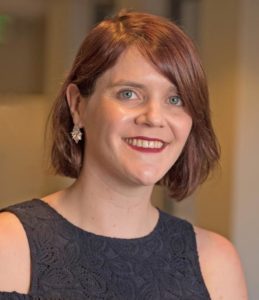 The 2020 Census is probably not anybody’s idea of a sexy topic. But ensuring an accurate 2020 Census count is vital to both getting the number of congressional seats a state deserves and to the day to day effective functioning of government.

As we currently sit, the upcoming 2020 Census is going to be a disaster.

The 2020 Census brings with is a technological redesign that relies on “many new and modified IT systems.” These changes include encouraging respondents to use the Internet and telephone instead of a paper survey, relying more heavily on local data, and using field technology to minimize data and increase productivity.

While these technological advances should make the census more cost efficient and accurate in the long run, the proprietary designs of the technology have been costly with well documented difficulties in implementation. This is in addition to the leadership vacuum created when former Census Director John H. Thompson resigned in the summer of 2017. The Trump administration has not yet appointed anyone to fill the position.

Beyond the institutional challenges are the societal concerns that could depress responses to a census questionnaire: cybersecurity threats, the climate of fear among immigrant communities regardless of their documented status and the growing digital divide between urban and rural areas and between wealthy and poor communities.

Why does this all matter?

First the Constitution requires a census every 10 years and declares it the official number for state populations in determining congressional representation. If the census undercounts individuals, a state could get less representation than it is entitled to.

Second, the federal government often relies on census data in allocating funding to state and local governments. More than 130 federal programs rely on census data to distribute funding to the states, including Medical Assistance, Supplemental Nutrition Assistance Programs (SNAP or food stamps), Highway Planning and Construction, Special Education grants and Head Start. In 2015, the Commonwealth of Virginia received more than $10.2 billion from census-guided federal grant programs, which was approximately 20 percent of the state budget that year.

With the rapid population growth in Arlington and Northern Virginia over the past decade, an inaccurate census could lead to lower revenue to the Commonwealth to implement crucial programs.

What can we do?

First, we need to urge Congress to fully fund the 2020 Census. Last fall, Secretary of Commerce Wilbur Ross requested the Census Bureau’s budget be increased by $187 million in FY 2018 to address some of the technological needs; however, that request did not include additional funding for the Integrated Partnership and Communications program that is crucial in addressing factors that may depress the census response rate.

Congress’ recent Continuing Resolution to fund the government did raise the Census’ budget for FY 2018, but only by $182 million – under what is needed just for the technological enhancements.

Second, although the census count is a federal responsibility, Arlington can take the small steps it can to increase the likelihood of an accurate count. For example, local and state governments can complete a Local Update of Census Addresses (LUCA) to help ensure that census workers have accurate addresses to survey in each jurisdiction.

In 2010, Arlington County government completed the LUCA and will be doing so again in 2018. In 2010, Arlington County also encouraged residents to participate in the census through the Complete Count Committee, a public campaign in which community leaders work to boost census participation. The County plans to once again launch the Complete Count Committee effort in 2019.

Given the unprecedented issues facing the 2020 Census, it is more important than ever for Arlington and the Commonwealth of Virginia to do whatever they can to ensure an accurate count. Not doing so will have long-term implications for both Virginia’s voice across the river and our own bottom line.

Maggie Davis is Deputy Chair of the Arlington County Democratic Committee and former President of the Arlington Young Democrats. She lives in the Radnor Heights- Ft. Myer neighborhood and works as an emergency management law and policy analyst.