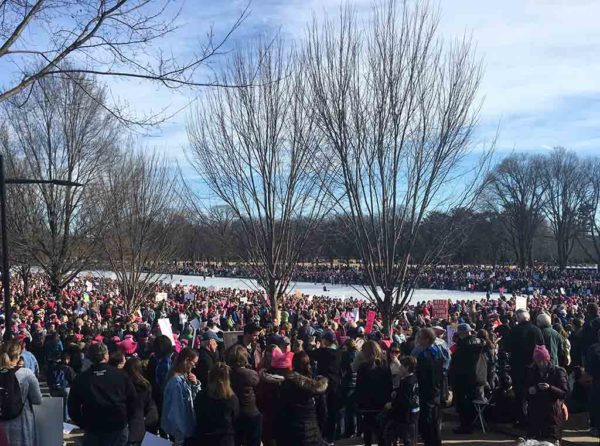 That translates to approximately 131 beds for guest marchers in Arlington.

Altogether, 350 host families volunteered in the first six days that a website aimed at connecting protesters with host families went live, or about 1,120 beds, according to Tricia Duncan, an organizer who lives in Washington but grew up in Arlington. Duncan added that that is a conservative estimate of the currently volunteer housing stock.

Thousands of marchers will descend on Washington on March 24 for the March For Our Lives gun control protest, and a group of mothers with DC Local Ambassadors knew that they’d need a place to sleep.

That’s when the women issued the call last week seeking lodging for the thousands of anticipated protesters.

Initially, the group consisted of seven DC Local Ambassadors who had the same idea: finding free lodging for kids who were coming in for the march. Now there’s 15 organizers, working to find housing for a march that has already suffered from organizational challenges.

The group reached out to their “trusted network” — church groups, civic groups, and parent-teacher associations — for lodging locations.

Both potential hosts and prospective guests have to fill out a form online to be considered. Some social media vetting is conducted, said Elizabeth Andrews, a Washington resident and organizer, but it’s for safety reasons.

The group is also requesting biographical information to try to make “thoughtful matches” that consider the backgrounds of everyone involved, like gender, race, and ethnicity.

“We are trying to think about making it the best situation possible for everyone,” said Andrews.

The Arlington County Democratic Committee, meanwhile, is planning its own events for the March 24 demonstration, including a poster-making party, a walk from the Virginia side of the Memorial Bridge to the march, and a rally at an Arlington church in support of action in Virginia