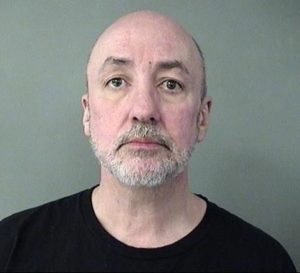 A 56-year-old of the Columbia Forest neighborhood, near Columbia Pike, has been arrested on child pornography charges.

Arlington County Police say that the suspect, Robert Keith Rowe, lived in Arlington but was a teacher at Sandburg Middle School in Fairfax County. Online records suggest he was a chair of the school’s math department.

Rowe is being held without bond at the Arlington County jail in Courthouse.

An Arlington County detective assigned to the regional Internet Crimes Against Children (ICAC) Task Force began an intensive investigation into the online activities of Mr. Rowe after receiving a tip about possible criminal behavior. Following the execution of a search warrant at his residence in the 1200 block of S. Forest Street on the morning of March 15, Mr. Rowe was taken into custody. Evidence collected at the scene resulted in the charge against him.

Mr. Rowe is currently a teacher at Sandburg Middle School in Fairfax County. At this time, detectives have not located evidence to suggest he has had inappropriate contact with children. This remains an ongoing and active criminal investigation and anyone with information about Mr. Rowe that may be pertinent to this case is asked to contact either Detective G. Sloan at 703-228-4198 or [email protected] or Detective H. Molina at 703-228-7037 or [email protected] To report information anonymously, contact the Arlington County Crime Solvers at 866.411.TIPS (8477).