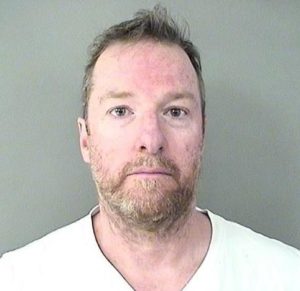 (Updated at 12:10 p.m.) The normally quiet Fairlington community woke up to an alarming sight Saturday morning.

According to residents, heavily-armed police officers raided a home on the 2800 block of S. Buchanan Street, in north Fairlington, around 8 a.m. Saturday. On the Nextdoor social networking site, neighbors described a scene that seemed like it was out of a movie.

“It was 8:30 a.m. when I heard the agents who surrounded the place with assault rifles yelling everyone to stay inside, and with a bullhorn instructing the residents of the unit next door to go to the basement,” one wrote. “Steady stream of people going in and out now. Very scary way to start the day.”

Arlington police spokeswoman Ashley Savage confirmed that a man was arrested but did not initially detail the circumstances involved. Monday morning, after this article was published, police issued a press release (below) announcing that they had arrested a suspect in a hit-and-run crash that happened last week in Rosslyn.

The Arlington County Police Department has arrested a suspect for his involvement in an assault in the 1400 block of Lee Highway. Kevin Doherty, 46, of No Fixed Address was arrested and charged with Use of a Firearm in the Commission of a Felony and two counts of Malicious Wounding. He is being held in the Arlington County Detention Facility without bond.

At approximately 6:43 p.m. on March 13, 2018, officers were dispatched to a hit and run collision in the 1400 block of Lee Highway. Upon arrival, it was determined that a male victim was traveling on foot when he was struck by an unknown vehicle. The male victim was transported to a local hospital. The striking vehicle did not remain on scene.

During the course of the investigation, Homicide/Robbery Unit detectives developed a possible suspect description based on evidence located at the scene and witness interviews. Members of the Emergency Response Team took the suspect into custody without incident at a residence in the Fairlington neighborhood on the morning of March 17, 2018.

This remains an active criminal investigation and anyone with information regarding this incident is asked to contact Detective C. Riccio at 703-228-4180 or [email protected] To report information anonymously, contact the Arlington County Crime Solvers at 866.411.TIPS (8477).

There was no further explanation for the firearm charge or the second malicious wounding charge.

“This is an ongoing criminal investigation and, at this time, there are no additional details for release beyond the information in the press release,” Savage said in response to an ARLnow.com inquiry.

Separately, on Friday afternoon, a police tactical team arrested two people at the Inn of Rosslyn motel. Savage said that officers were executing a search warrant but was unable to provide additional details.

@ARLnowDOTcom Something going down at Inn at Rosslyn pic.twitter.com/LWKxAL3lvP