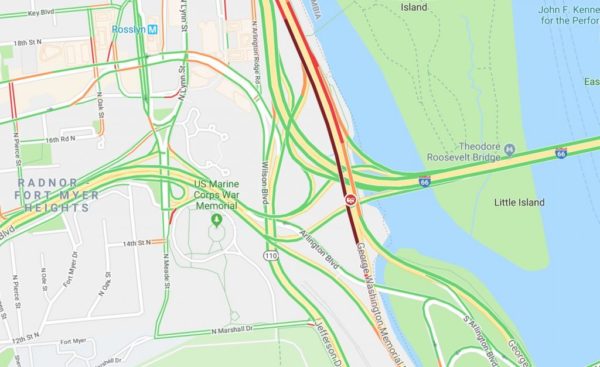 (Updated at 4 p.m.) A vehicle has overturned on the GW Parkway near the Roosevelt Bridge.

The crash happened around 3:30 p.m. Initial reports suggest the vehicle crossed several lanes of traffic before running off the side of the southbound GW Parkway.

The vehicle overturned and came to rest on the driver’s side. The occupant of the vehicle was able to get out and was not reported to be seriously injured.

Southbound traffic is slow approaching the crash scene, backing up well past the Key Bridge.