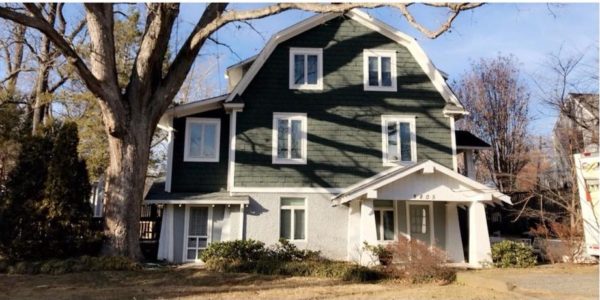 The drug rehab center has been in business for just over a year and recently moved to larger offices in Ballston. The Ballston facility hosts an outpatient treatment program, according to Tom Walker, Encore’s director of community relations.

In February, Encore announced via Facebook that it had also purchased a residential property at 5805 26th Street N. in the Leeway-Overlee neighborhood, for use as a “sober living environment for young adults.” The house has been approved as “legally non-conforming use by Arlington County,” Walker said.

Some people who live near the home have expressed concerns about its new use.

“We have communicated with several of the neighborhood residents individually, and attended the Open Door Monday meeting yesterday evening where we discussed our plans with other neighborhood residents,” Walker said via email. Some residents are “very much in opposition,” he acknowledged, while others are either “openly supportive of Encore’s efforts” or “willing to engage in discussing best practices.”