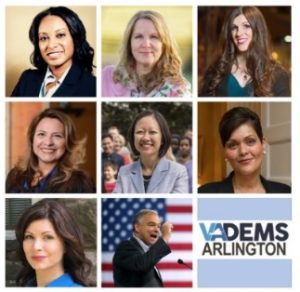 The bipartisan pair — Sarah Stewart Holland and Beth Silvers, both of Kentucky — will be recording their podcast at the event on April 21, according to a press release.

A number of female Democratic elected officials will be interviewed during the taping, including Del. Hala Ayala (D-51), who became one of the first Latina women to serve in the Virginia General Assembly this past November, and Del. Danica Roem (D-13), who became the first openly transgender elected official in Virginia after last year’s election.

The delegates will be discussing “why representation matters, the importance of inclusive representation, and how [the delegates] bring multi-layered experiences to governance and the legislative process.”