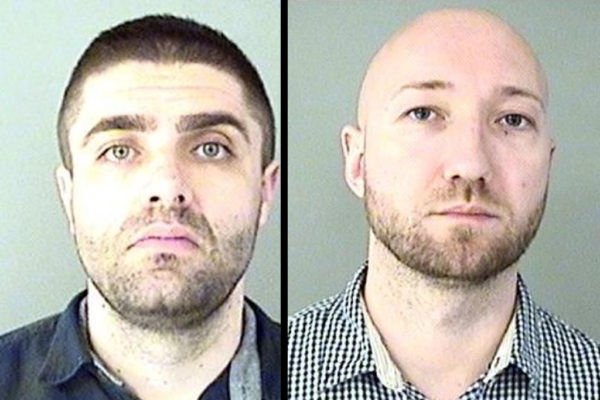 Two Florida residents have been arrested after police say they were seen using a card “skimming” device on an ATM machine in Shirlington.

Gheorghe Cosmin-Dacian and Cristian Roman, both 35 years old, were arrested during a subsequent traffic stop and now face multiple charges.

FRAUD (Significant), 2018-04100224, 2700 block of S. Quincy Street. On April 10, police were conducting a follow-up investigation after a skimming device had been located on an ATM in the 2700 block of S. Quincy Street earlier that day. Officers observed one of the suspects, who had been previously captured on surveillance, approach the ATM multiple times. The suspect then fled the scene in an awaiting vehicle. Officers conducted a traffic stop on the vehicle and the two occupants were taken into custody. Gheorghe Cosmin-Dacian, 35, and Cristian Nicola Roman, 35, both of Jacksonville, Florida were arrested and charged with identity theft, credit card theft, credit card forgery and unlawful use of payment card scanning devices. The suspects were held without bond.

Update at 6:40 p.m. — The photo above has been corrected. Police inadvertently sent a photo of a different individual with the same name as one of the suspects.