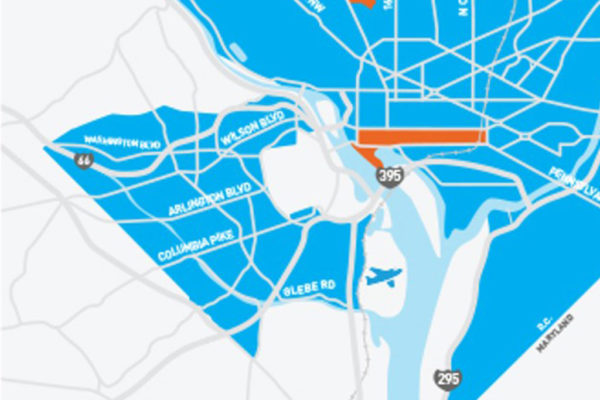 The northernmost six square miles of the county will not longer be serviced by the company as of May 1, according to an email the company sent to customers.

Car2go users will still be able to drive in that area, but won’t be able to begin or end a trip in the uncovered zone. According to Kendell Kelton, car2go’s North America communications manager, the removed area begins just north of Lee Highway and Interstate 66.

The section of the county that is losing service, the company wrote, is “a mostly suburban area with high car ownership rates and low free-float carshare usage.”

Car2go notified customers Thursday morning, saying that the change was, in part, “due to member and resident feedback,” but also from the company’s data analytics. Car2go representatives declined to comment on the exact figures.

“It should be noted that car2go continually analyzes usage data and member feedback and makes adjustments to our Home Area boundaries on that basis,” said Kendell Kelton, a car2go spokesperson. “If we ever see that this information indicates that expansion back into this area is warranted, we would certainly consider doing so.”

Staff at car2go wrote in the email to consumers that the company believes the service change “will allow [them] to improve car2go availability for the majority of county residents who rely on our service the most.”

The car rental company came to Arlington back in 2015 and experienced a surge in ridership in 2016.

END_OF_DOCUMENT_TOKEN_TO_BE_REPLACED

More Stories
Here Are the Roads That Will Be Closed in Arlington This WeekendTRAFFIC ALERT: Crash on Southbound I-395