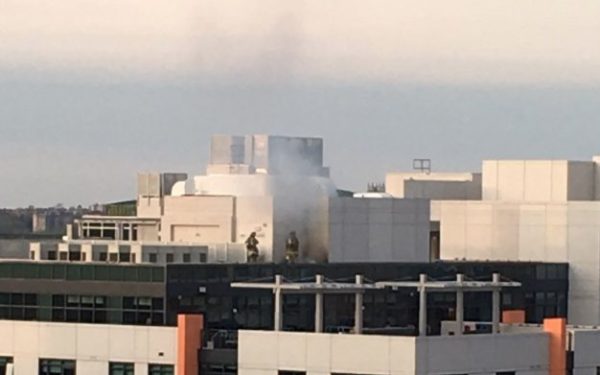 Arlington County firefighters extinguished a small mulch fire on the roof of an apartment building over the weekend.

The fire broke out around 4:15 p.m. Saturday on the roof of the new Latitude Apartments in Virginia Square, on the 3600 block of Fairfax Drive.

Smoke could be seen coming from the top of the building, prompting a large fire department response. The fire was extinguished and no one was hurt. The cause is under investigation, according to ACFD.

#Update Mulch fire on roof of apartment building has been extinguished. Units are going in service. The cause of the fire is still under investigation.