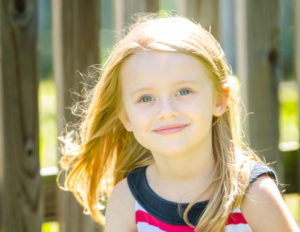 (Updated at 3:15 p.m.) The Fairlington 5K Run and Walk tomorrow will raise money for an Arlington girl with a rare, degenerative disease.

The nonprofit organization “A Cure for Ellie” has been set up in her name to raise awareness of LBSL and funding for research. McGinn appeared on the Today Show last year for her and her parents’ work in their search for a cure.

Arlington County police will oversee the following road closures from approximately 7-9:30 a.m. to accommodate the race:

Photo via A Cure for Ellie