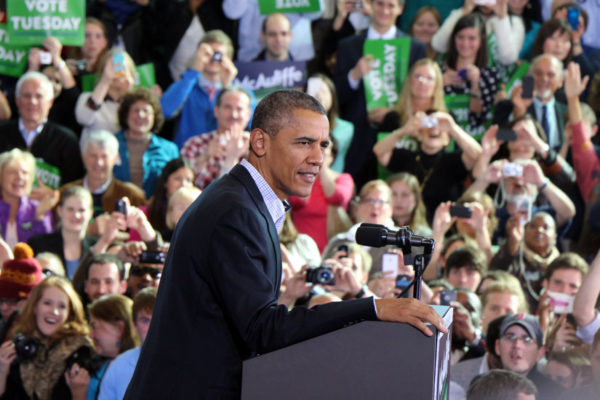 George Mason University’s Arlington campus is holding a free screening of The Final Year, a documentary chronicling the foreign policy decisions made in the closing days of President Barack Obama’s administration.

The university’s Center for Security Policy Studies at the Schar School of Policy and Government will host the screening at the Founders Hall auditorium (3434 Washington Blvd) starting at 6 p.m. on Thursday (May 10).

Mason professor Ellen Laipson, the director of the university’s international security program, will then host a panel discussion with several Obama administration veterans. Panelists are set to include Rumana Ahmed, former senior advisor to Deputy National Security Advisor Ben Rhodes; Sergio Aguiree, former chief of staff to the U.S. Ambassador to the United Nations and former White House National Security Council Director; and Desiree Barnes, who served as a communications and public engagement strategist for Obama.

Released earlier this year and directed by Greg Barker, The Final Year focuses on top foreign policy officials in Obama’s White House, like Secretary of State John Kerry and U.S. Ambassador to the United Nations Samantha Power, as they wrestle with how to leave a lasting legacy on the international stage.

Anyone interested in attending the screening can register online.