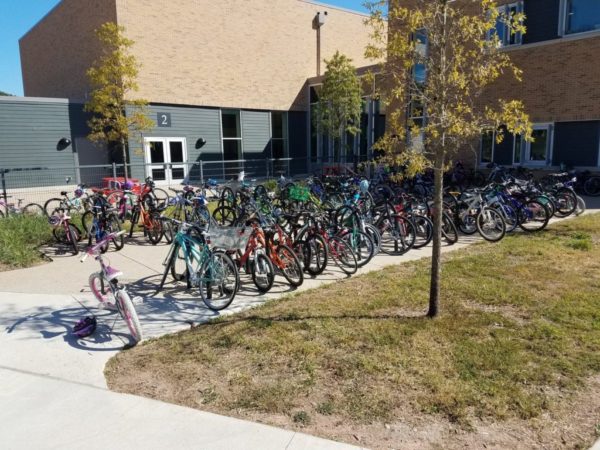 An Arlington elementary school is earning some kudos for its energy efficiency, after it generated more energy than it used last year.

The nonprofit International Living Future Institute awarded Discovery Elementary School with its “zero energy” certification on May 2, meaning that the school was powered completely by on-site renewable energy sources over the course of a whole year.

Discovery, which opened in September 2015, is just the fourth school across the country to earn this certification, and the largest building of any type with such a distinction, according to a press release.

APS partnered with the U.S. Department of Energy to help design plans for “zero energy” school facilities, and last year changed its procurement rules to require that contractors can meet that energy standard. The school also designs lessons about renewable energy around the building’s systems, giving students hands-on experience with the facility.

“What is most important about [Discovery] is that it allows teachers to think about how students learn,” Discovery principal Erin Russo wrote in a statement. “Curriculum is just something the state gives to us and you can teach that anywhere, but with this space, we can get creative, experiment and shepherd meaningful experiences.”