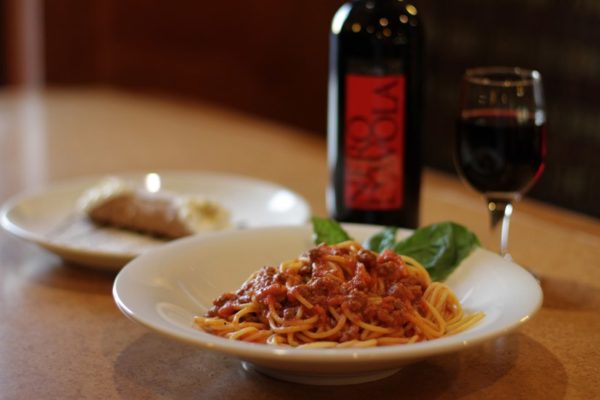 (Updated at 11:50 a.m.) Joe’s Place Pizza & Pasta will be celebrating its 40th anniversary next week, and several state legislators and Arlington County Board Chair Katie Cristol are expected to be in attendance.

On Wednesday, Joe’s Place will offer its pizza, pasta and salad buffet bar at the original price of $3.99 for both lunch and dinner.

The restaurant, at 5555 Lee Highway, is the final remaining branch of a family-run chain that began in Woodbridge in 1978, a rep noted. It was founded by Joe Farruggio, who came to the U.S. from his hometown of Agrigento, Sicily. It is now managed by Joe’s nephew, Rosario Farruggio, and hosts numerous community events and fundraisers for local schools, sports teams and nonprofits each month.

A private event will also be held at the restaurant next week and is expected to feature a brief program during which a Congressional proclamation from Rep. Don Beyer’s office will be presented to the office.

“We have so much to be grateful for, especially all of our longtime staff and loyal customers,” the restaurant’s staff wrote. “Thank you!”