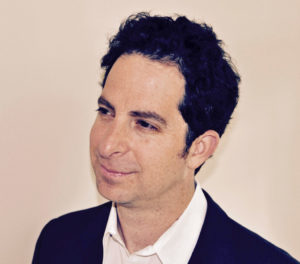 For undocumented immigrants with nowhere else to turn, access to affordable legal help can make the difference between stability and self-sufficiency and a life spent in the shadows.

Hurricane Mitch destroyed José Alvarado’s home and workplace in Honduras in 1999. Leaving his wife and two children behind, Alvarado traversed mountains to cross the U.S.-Mexico border under cover of night. He settled in Arlington, where he rented a corner of a room, found work in construction and started sending money home to begin the slow process of rebuilding.

“When I first came to this country I had no intention of staying,” he says. Steady work as a carpenter in the U.S. enabled Alvarado to rent his own apartment. Then one night he was stabbed by an acquaintance. Injured and unable to work, he lost his job and almost his apartment. A social services agency referred him to Just Neighbors, a nonprofit providing immigration legal services to low-income people. Services are free after a $100 intake fee.

Attorney Sarah Selim Milad informed him of the “U” visa for immigrant victims of specified serious crimes who cooperate in the prosecution of those crimes. Intended to help police fight serious crime and crime in neighborhoods with high numbers of undocumented people, the visa seemed to offer Alvarado a chance at legal residency.

Homesick and dispirited, Alvarado almost returned to Honduras anyway. But gang violence there was on the rise. A gang even extorted money from Alvarado’s brother by threatening his son. “It’s dangerous even for kids to go to and from school,” said Alvarado’s wife, Myrna.

So Alvarado began the long process of acquiring a work permit and legal residency via the “U” visa application. “It took so long that at one point I told Sarah [his lawyer] just to leave my case,” Alvarado says. “I was too tired to continue. But Sarah said, ‘No no, your case is coming together. You can do this’… She lifted my spirits.”

Alvarado received his visa in 2010, but it took three more years before Jose’s family was allowed to immigrate. Alvarado had not seen his family in 13 years. He’d never even met his third child, because the couple didn’t know that Myrna was pregnant when he left.

Without legal assistance, Alvarado says, there was no way he would have even known about the “U” visa, much less made it through the application process. Immigrants often fall prey to scammers promising visas, which makes legitimate organizations like Just Neighbors all the more important.

As long as it took the Alvarados to gain legal status through a “U” visa, it takes even longer today, about 11 years. The number of “U” visas has remained capped at 10,000, even as the number of applicants has soared to more than 110,000. (Similar visas exist for victims of domestic violence by a U.S. citizen or permanent resident, and for victims of human trafficking.)

Meanwhile, U.S. Immigration and Customs Enforcement’s new tactic of arresting immigrants at courthouses is making immigrants more scared than ever to report crimes, according to a new ACLU report.

Today the Alvarados live in a two-bedroom basement apartment in a pleasant corner of Arlington. Jose works two jobs while Myrna is a housekeeper. The children, now older than 18, clean houses when they’re not in school. The oldest plans to attend college in the fall.

“I want [my children] to study so they can do what they want to do, so they don’t have to go through what I went through,” José tells me. “Instead of walking across the mountains, it’s better to be in the airplane looking down.”

Richard Sine is a writer and a volunteer for Just Neighbors.