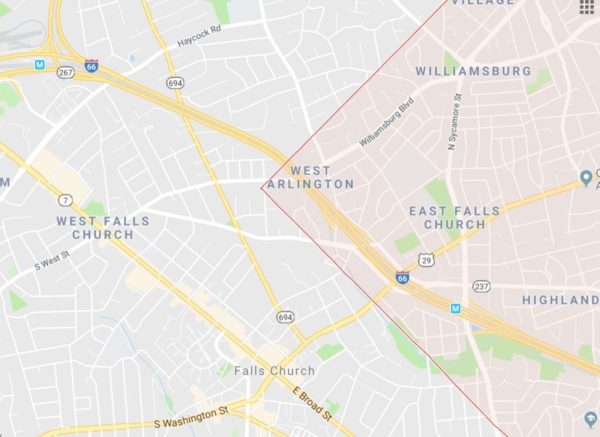 A motorcyclist died in a crash last night on I-66, near Arlington’s western border.

The crash happened just before 10 p.m.

“According to witnesses, two motorcycles were westbound on I-66 and traveling at a high rate of speed,” Virginia State Police said in a brief press release. “One of the motorcycles rear-ended a car traveling west on I-66. The impact of the crash caused the motorcycle to run off the interstate and strike the guardrail.”

“The motorcyclist died at the scene,” the press release continued. “The driver of the car was not injured in the crash.”

State police are investigating the crash. The name of the deceased has not yet been released.