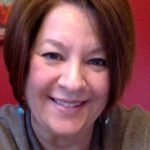 Decades of careful planning and an enviable location next to D.C make Arlington an award-winning and desirable place to work, live and learn. But years of high vacancy rates in commercial real estate, skyrocketing enrollment in the public school system and a rising population have created challenges to how the county and school system maintain Arlington’s quality facilities, schools and infrastructure in a land-starved county.

Today, as the Arlington County Board is poised to approve a 10-year, $1.1 billion Capital Improvement Plan, I wish they had scrubbed it harder. I keep thinking of my dad’s frugality. His advice to my siblings and me — “first make certain you’ve done all you can with what you’ve got” — is just as relevant to county spending.

The county and Arlington Public Schools have made a sensible start in their FY 2019-2028 CIP proposals by targeting some projects for cuts or delays and phasing in others. However, before the next CIP is voted on two years from now, both boards could also follow my dad’s advice–squeeze every possible use from existing resources before borrowing for new construction and other projects.

Creative work is already yielding positive results. The interior space in some Arlington schools has been redesigned to produce hundreds more seats. In high schools, enhanced staff space enables classrooms to be used for six or seven periods (6/7 and 7/7) of the school day for instruction instead of the former 5/7 – only classrooms that need set up time, e.g., laboratories, cannot be used continuously. APS has also converted computer labs to classrooms as keyboarding evolved to personal iPads and laptops.

APS is also testing a new way of busing students to summer school classes. Rather than being picked up at their neighborhood stops, students will be picked up and dropped off at central locations (schools, libraries). If this cuts down the time students ride the bus and generates savings, it should be expanded to more schools.

Other ideas: moving pre-K classes out of elementary schools to central locations (perhaps unused commercial space or community centers), joint school/public libraries at sites like Reed/Westover and the Career Center or co-locating libraries with community centers, reducing the yellow bus fleet for secondary students or further expanding the use of ART and Metro buses to transport secondary students to school. The county could explore such approaches to see if it is wringing the most function out of facilities and resources.

One way to get our ducks in a row would be for county staff to regularly analyze usage data for all of Arlington’s facilities to identify opportunities for even more use. In a “matchmaker” role, the county would link community needs with existing resources in new ways to a greater extent than now, resorting to new construction and major purchases after other options have been exhausted.

For example, in what new ways can existing transit options be combined to transport students, residents, workers and visitors in a safe, dependable and more affordable way than maintaining multiple fleets of buses? Could underutilized parks be repurposed to support field sports and school athletics? Could existing pools, athletic fields and performing arts spaces in schools be shared among schools in lieu of building more, without diminishing instruction and the student experience? Would it make sense to convert some community centers to pre-K centers or schools? Might some community programs move to new locations or be co-located with other programs to make capacity available where it is needed?

Establishing incentives to promote more commercial and private sector support for capacity should be actively pursued as well. In Seven Corners a five-story office building was converted into the Bailey’s Upper Elementary School for Arts and Sciences.  Zoning changes and other incentives could make redeveloping long vacant commercial space into schools, day care centers and seniors centers possible.

It will require planning, public engagement and some expenditure to repurpose and/or redesign existing facilities to make full use of untapped capacity and resources, but hopefully these changes will cost less than starting from scratch.

My dad was a creative penny pincher who found unused space in my childhood home and converted it into a craft room for my mom the quilter, instead of building a costly addition.

Granted, there will always be a need to borrow for major capital projects.  And, granted, it doesn’t make economic sense to be penny-wise and pound-foolish. But the potential for more use at less cost to taxpayers is enticing and a progressive value at its core.