But in these cases and others, safety information can take too long to reach consumers, or perhaps never reach them at all. A new app aims to change that.

Whystle, which launched in late May, provides personalized safety information in a user-friendly format. 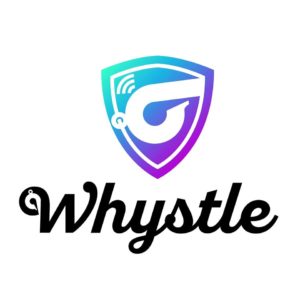 “I really have the busy parent in mind,” said Lauren Bell, Whystle’s CEO and a busy parent to four children herself. The “My Alerts” portion of the app, which collects information according to user preferences, is organized to mimic an “actionable to-do list,” Bell added.

Bell previously worked as an attorney at the Department of Justice, where she prosecuted companies whose actions threatened public safety. In that role, Bell saw that even as government agencies tried to publicize safety information, “people were still getting hurt.”

“It’s like this information wasn’t reaching them,” she said.

And while working at a law firm, Bell noted that “even the companies want people to know about this information.”

“That’s when it really crystallized for me,” she said.

Bell left her job in September to work on Whystle full time, and runs the company out of her Arlington home and the 1776 incubator space. She collaborated with Nick Jones, CEO of Richmond-based app development company NS804, on the technical side of the project, and works with a nurse practitioner to break down medical literature and Food and Drug Administration medical alerts.

“I really put a lot of time [into] thinking through each recall that I cover, [and] there’s always a ‘what to do’ at the end so people can feel some control,” Bell said.

For now, Whystle is available for free, and Bell said they plan to see how much they can grow before working out monetization. 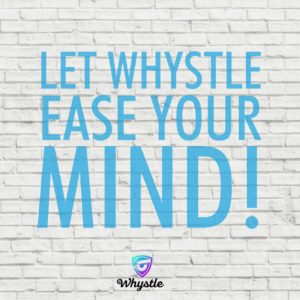 “It’s not that expensive to run, so for now we’re hoping to just be as useful as we can to users [and] grow our user base,” Bell said, adding that, if necessary, “we can find a home somewhere within an existing parenting app or another service.”

Early updates to the app will enable users to share alerts on social media. Eventually, Bell envisions a platform to which users can import their purchases, enabling them to receive recall notifications automatically.

Bell said she decided she wanted to work in public health in college, after her mother was diagnosed with lung cancer, and she sees Whystle as a natural extension of that dream.

“My mom used to always cut out articles in the newspaper and send them to us,” Bell said. “That’s outdated, but that’s sort of what [this] is — that there’s someone looking out for you.”