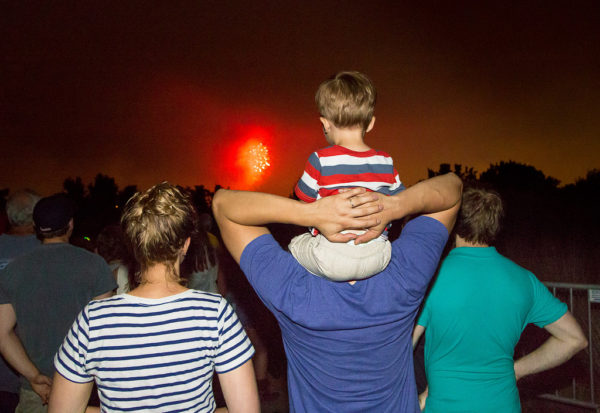 Arlington won’t be hosting its official Fourth of July celebration at Long Bridge Park this year, but there are still plenty of places around the county to watch the fireworks.

The County Board decided to end the event at Long Bridge, which Arlington had put on since 2012, in order to save about $50,000 amid a budget squeeze. However, the park will remain open for anyone looking to view the fireworks on the National Mall.

The county recommends several other locations around Arlington to catch the D.C. fireworks:

The Washington Golf and Country Club recently announced that it will still be open for anyone looking to watch the club’s fireworks, but renovation work means seating will not be available for members of the public

Flickr photo via Arlington County Department of Parks and Recreation

Read more →
More Stories
Morning Poll: Should Clarendon Stores Close Their Doors in the Heat?Ask Eli: Where You Could Be Watching Fireworks This Year