Government agencies rely on technology for daily operations and to plan for the future, just like any business these days. But the applications they use can be so outdated that they’re no longer effective, and leave agencies vulnerable to cyber threats.

“Every organization has the equivalent of their own app store, but they don’t update those apps,” Isaac Barnes said. “Imagine having a phone where all your apps are still from 2007 or 2008.”

Barnes is the chief technology officer and vice president of Eminent IT, a software and services firm with clients in the Department of Defense, the intelligence community and elsewhere in the executive branch.

“The primary focus is on IT modernization and transformation,” Barnes said. “And that’s a very big way of saying we help organizations fix their aging technology.”

Keeping old systems in place is like “if you have a lock on the door at your house and it’s been proven that lock has been picked many different times and… you’re still leaving that lock,” Barnes said.

Because they can offer clients “initial building blocks,” Eminent IT is able to modernize systems in much less time than without their platform, Barnes said.

“If you’re building a blog, you can use WordPress,” Barnes said “We built… a WordPress-like framework.”

The company also works with technology partners in fields like blockchain to “help bring emerging technologies to these agencies,” Barnes said. And a product entitled Revamp acts as “a foundation for us to build applications quicker for our customers,” Barnes said.

Eminent IT was founded in 2009, but it wasn’t until 2013 that they started working to scale up their operations, Barnes said. The company is entirely owned by Barnes and José Risi, both Marine Corps veterans.

“José and I the same day decided to start businesses and the plan was [whenever] we get the first contract, we’re just going to merge those companies into one company,” Barnes said. That merger happened around 2011.

With a team of about 24 people, mostly millennials, the company is focused on continuing to grow. 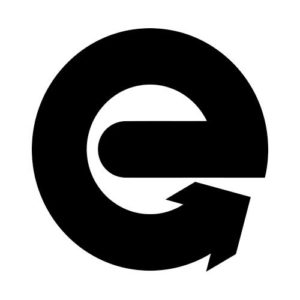 that, and that’s what we’ve honed in on,” Barnes said.

Coming off a recent contract with the Defense Advanced Research Projects Agency — “one of the strategic organizations for us, because they’re at the heart of a lot of new technology that’s coming out,” Barnes said — they’re looking to become a large business.

“From a size perspective… we want to be a large business, that’s the focus,” Barnes said. “From an impact perspective, I want us to be known as the modernization experts.”