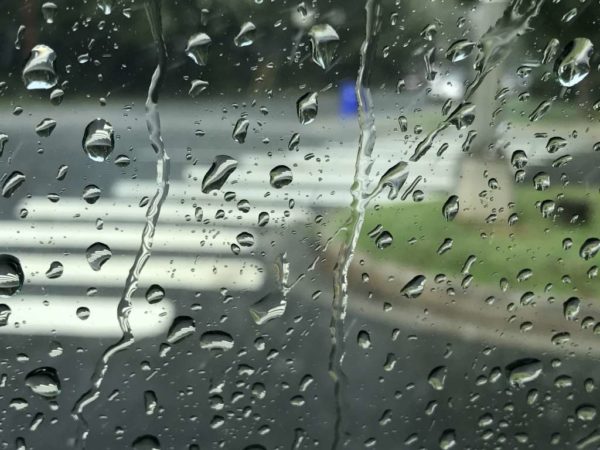 Keep an eye on the roads — the National Weather Service has issued a flood warning for Arlington through 6:30 p.m. tonight (Tuesday).

The weather service estimates the D.C. region could see up to two inches of rain in total tonight, though storms are supposed to move out of the area quickly.

The flooding has already prompted some road closures, including on the G.W. Parkway, which county police say is closed in both directions:

#Update: Water Rescue team has removed all the stranded pedestrians from their vehicles. pic.twitter.com/uXveBS3bOe

The intersection of Columbia Pike at S. Greenbrier Street is closed due to standing water. A floor warning has been issued for Arlington County until 6:30 p.m. It is NEVER safe to drive or walk into flood waters. If you see standing water, turn around don't drown. pic.twitter.com/lJNj6kpPuL

More from the NWS:

* Flood Warning for…
The central District of Columbia…

* At 329 PM EDT, Doppler radar indicated thunderstorms producing
heavy rain which will cause flooding. Up to one inch of rain has
already fallen. Additional rainfall amounts of up to one inch are
possible.

* Some locations that may experience flooding include…