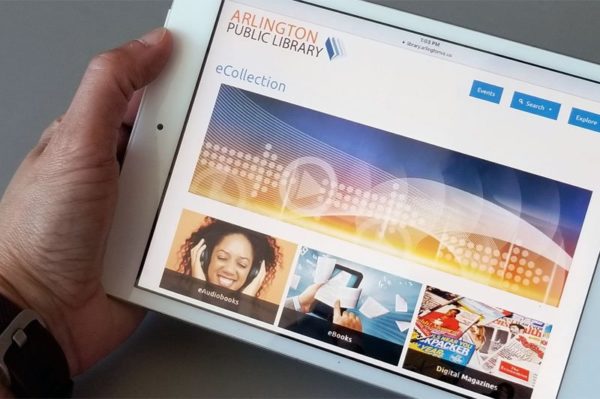 Arlington’s public library system is rolling back some of its digital offerings as it seeks to cope with deep budget cuts.

Library officials announced Monday (July 16) that patrons soon won’t be able to access both Standard & Poor’s Capital IQ Netadvantage, an investment research tool, and Hoopla, a system for streaming music or audiobooks. Both services were previously available free of charge for library users.

This move comes after the library system spent the last few weeks collecting feedback on what services patrons value, in order to prepare for the loss of $250,000 in funding that took effect with the start of the new fiscal year on July 1. Library officials say they received more than 19,500 responses to that survey, which helped inform these cuts.

“Cutting these online services was not an easy decision,” Library Director Diane Kresh wrote in a blog post. “As the recent survey demonstrated, all of our collections are used and valued by members of our community.”

However, Kresh noted that the library does still give users access to Morningstar and Valueline, a pair of services similar to Netadvantage.

She called the loss of Hoopla “regrettable,” as the library doesn’t offer any similar streaming music service. But the county does offer several other downloadable audiobook subscriptions for patrons.

“I am so disappointed to hear you are cutting Hoopla,” Christine Lewicki wrote in a comment on the post. “My daughter and I use its audiobook collection several times a week. The beauty of Hoopla is there is no wait list… Because my daughter has a Milan dyslexia, she is a reluctant reader. Consequently, access to digital audiobooks through Hoopla has exposed her to far more books than she would have otherwise been.”

These cuts are likely not the last for the library system, considering the loss in funding was the equivalent of 17 percent of its total collection budget. Officials say they will “make further decisions throughout the coming year regarding what to reduce or eliminate entirely,” but they don’t expect to make any cuts to their physical book offerings.