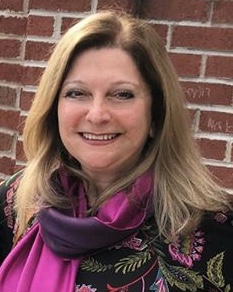 Today, developments such as the Trump administration’s ban against immigrants from predominantly Muslim countries, the deadly violence at a Charlottesville protest rally and an uptick in hate speech are at sharp odds with America’s basic need for civility.

The need to stand up to intolerance and divisiveness is more important than ever. Even in a progressive community like Arlington, hate speech leaflets recently were distributed in some neighborhoods and a Nazi demonstration took place in a shopping center parking lot. These disturbing events underscore the necessity of taking direct action to protect progressive values that so many of us share.

It is encouraging that Arlington citizens are responding by forming alliances that build bridges to understanding between neighbors of diverse beliefs and backgrounds. For instance, as a proud co-leader of the Arlington chapter of the Sisterhood of Salaam Shalom (SOSS), I facilitate relationship building among my Muslim and Jewish women. We encourage collective action to combat hate, negative stereotyping and prejudice.

We seek to influence family, friends and the public about the strength in coming together to challenge discord and stereotypes. We identify with the message of Joseph Levin, co-founder of the Southern Poverty Law Center: “Whoever the ‘others’ may be, say something. Don’t let it go unanswered.”

With this in mind, let me tell you about a social justice journey I recently took with Muslim and Jewish friends to the Deep South. We wanted to be more directly exposed to the history, politics and activism of the civil rights movement launched more than 50 years ago — and to expose these communities to diverse groups not widely represented in these communities.

From Atlanta to Montgomery to Memphis, we heard first-hand accounts from those who experienced the struggle for a just society, such as Carolyn Maull McKinstry, who witnessed the Klan bombing of the 16th Street Baptist Church in Birmingham in 1963 that killed four little girls.

In addition to gaining a better understanding of the civil rights struggles of the past and present, we also walked across the Edmund Pettis Bridge in Selma, where members of the Student Nonviolent Coordinating Committee (SNCC) led by John Lewis (now a Congressman from Georgia), were beaten in 1965 in the marches from Selma to Montgomery. We facilitated meetings and cooperation among and learned from local members of the Muslim and Jewish communities, and worked together on a Habitat for Humanity renovation project. By putting faces and places to the American civil rights movement, I learned valuable lessons that help me stand up to intolerance.

Back home in Arlington, SoSS members also have been involved with community service projects like the MLK Day of Service, voiced our concerns about gun safety and supported efforts to help immigrants, refugees and most recently the children separated from their parents at our borders. Starting this week, SoSS will participate in a national voter registration drive to ensure that eligible citizens have the opportunity to make their voices heard.

While divisiveness continues in America, it is encouraging that people who model equality and respect through discussions, friendship and outreach are building resilience in our communities. And it is heartening that day-by-day community unity and action can be a powerful antidote to discord, intolerance and polarization.

Fatima Argun is a strategy consultant, visionary and advocate focusing on interfaith engagement, dialogue and women’s empowerment. She works with senior levels of government, corporations and NGOs to support leadership development, capacity building and corporate social responsibility. As a longtime Arlington resident, Fatima serves on numerous boards including the Mid-Atlantic Facilitators Network, the Center for Pluralism, and the Jewish-Islamic Dialogue Society (JIDS).