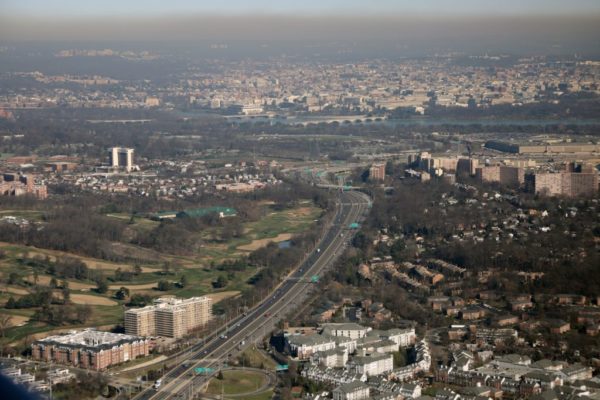 Expect some major traffic backups on I-395 starting this weekend, due to construction work set to run from Springfield through the D.C. line.

Starting tonight, two general purpose lanes will close on the highway from Friday nights through Monday mornings every weekend through Aug. 26.

The construction will mainly include the rehabilitation of bridges on the highway, including the bridge over Four Mile Run, as workers build an eight-mile extension of the I-395 toll lanes from Edsall Road near Springfield to S. Eads Street near the Pentagon.

The Virginia Department of Transportation says closures will alternate between the highway’s northbound and southbound lanes as work progresses, and two general purpose lanes will remain open in each direction during “peak-travel daytime hours.”

VDOT also plans to make the highway’s HOV lanes available to all travelers starting at the entrance just north of Edsall Road to the D.C. line, running in the same direction as construction occurring at the time. Officials are advising drivers heading past the Pentagon to D.C. or south of Springfield to use those lanes, while local drivers should use the general purpose lanes.

The 395 work is also causing some traffic headaches on local roads near the Pentagon’s south parking lots. VDOT is aiming to have the extended express lanes open by the fall of 2019, and the whole project wrapped up by 2020.